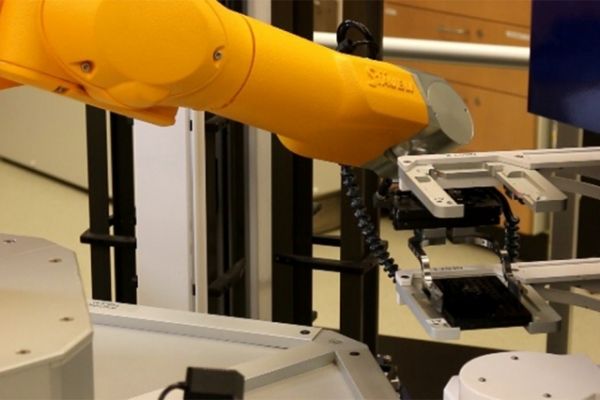 MIT engineers have devised a way to speed up the development of new drugs by rapidly testing how well they are absorbed in the small intestine.

MIT engineers have devised a way to speed up the development of new drugs by rapidly testing how well they are absorbed in the small intestine. This approach could also be used to find new ways to improve the absorption of existing drugs so that they can be taken orally.

Developing drugs that can be easily absorbed in the gastrointestinal tract is a particular challenge for treating neglected tropical diseases, tuberculosis, and malaria, says Giovanni Traverso, an assistant professor of mechanical engineering at MIT and a gastroenterologist at Brigham and Women’s Hospital.

“Many of the drugs that are being developed today for neglected tropical diseases are insoluble and poorly permeable,” Traverso says. “We can potentially identify better formulations much faster using this new system.”

With their new method, based on pig intestinal tissue grown in the lab, the researchers can test thousands of different versions of a drug in just hours. In a paper appearing today in Nature Biomedical Engineering, the researchers used this approach to identify a formulation of the hormone oxytocin that can accumulate in the blood at concentrations about10 times higher than regular oxytocin.

Image: MIT engineers have developed a new system for rapidly analyzing drug absorption in intestinal tissue. Here, a robotic arm picks up a plate with gastrointestinal tissue from the storage unit for an experiment.  CREDIT: Courtesy of the researchers