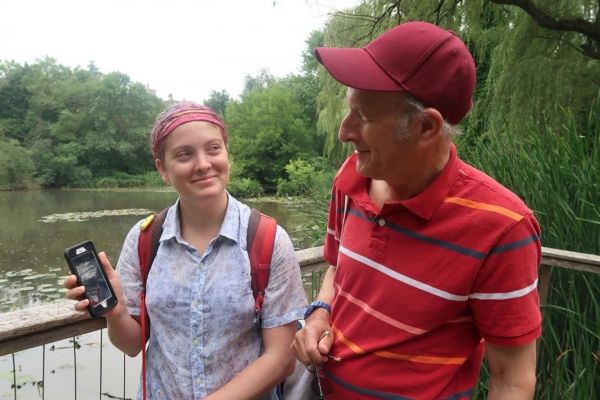 As pandemic lockdowns went into effect in March 2020 and millions of Americans began working from home rather than commuting to offices, heavy traffic in America’s most congested urban centers—like Boston—suddenly ceased to exist. Soon afterwards, the air was noticeably cleaner. But that wasn’t the only effect. A team of Boston University biologists who study how human-related sounds impact natural environments seized the opportunity to learn how the reduced movement of people would impact local ecosystems. They found—surprisingly—that sound levels increased in some nature conservation areas, a result of cars driving faster on roads no longer choked by traffic.

BU ecologist Richard Primack and Carina Terry, an undergraduate student working in Primack’s research lab, ventured into Boston-area parks, iPhones in hand, to take environmental sound recordings to see how sound levels had changed in comparison to pre-pandemic times, when there were more people out and about, construction underway, and cars on the road. Primack, a BU College of Arts & Sciences professor of biology, has studied noise pollution for over four years and has trained over a hundred students and citizen conservationists to collect noise samples in nature sanctuaries across Massachusetts.