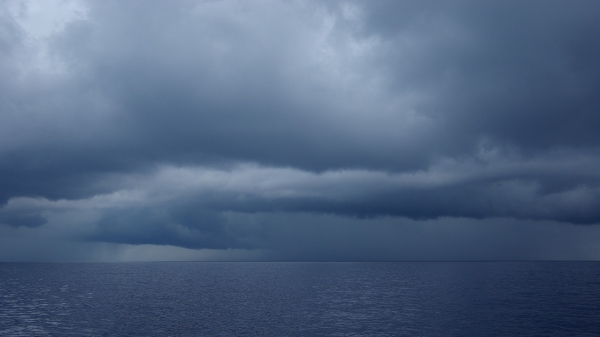 Previously, it was assumed that the tropical rain belt moves south globally when the oceanic circulation in the North Atlantic region weakens.

Previously, it was assumed that the tropical rain belt moves south globally when the oceanic circulation in the North Atlantic region weakens. Data and model simulations showed that during such phases, the Northern Hemisphere becomes drier and the Southern Hemisphere wetter. The newly published study shows that this is also accompanied by a strengthening of the precipitation pattern in the Indian Ocean region. Here, East Indian Ocean and Indonesia become wetter, while the West Indian Ocean and East Africa become drier. Increased westerly winds in the tropical Indian Ocean, which transport heat and moisture from west to east, are responsible for this rainfall anomaly.

"We simulated different scenarios in the model, with varying changes in polar ice cover, solar radiation, and greenhouse gas concentrations to better understand the cause and effect of each parameter," said Dr. Mahyar Mohtadi, co-author of the study and head of the Low Latitude Climate Variability group at MARUM. As expected, the results showed a southward shift of the rain belt in the tropics and a weakening of the Hadley cell in the Southern Hemisphere. "The models show that this weakening strengthens westerly winds in the equatorial Indian Ocean, which then provide higher precipitation and water temperatures and enhanced Walker circulation in the eastern Indian Ocean", Mohtadi said. This would lead to more and stronger flood events in the eastern part of the Indian Ocean and droughts and dry spells in the western part of the Indian Ocean.