Four heroes of the reuse movement have been announced as winners of the National Reuse Awards (The Reusies). The virtual awards show was presented by Upstream, a non-profit sparking innovative solutions to plastic pollution, in partnership with Closed Loop Partners, a circular economy-focused investment firm and innovation center.

This email address is being protected from spambots. You need JavaScript enabled to view it., 508-808-9660

Provincetown, MA - The Center for Coastal Studies (CCS) in Provincetown has received major funding from the National Park Service and the State of Massachusetts to establish a new Shark Ecology Research Program.

The foundation of the program is an ongoing study conducted by Bryan Legare, a seascape ecologist in the Center’s Marine Geology department.

Legare is examining the relationship between white shark behavior and habitat use in the shallow nearshore waters off the Cape Cod National Seashore to understand how sharks use the environment.

For the last three summers, Legare has deployed a dense array of acoustic receivers in a study area at Head of the Meadow beach in North Truro; he added a second array off Nauset Beach in 2020.

The receivers record the acoustic signal of previously-tagged white sharks as they pass through the area, allowing scientists to generate the tracks of individual white sharks. Those tracks are then compared to detailed, 3-dimensional images of the seabed collected during side-scan sonar surveys of the area by the Center’s Seafloor Mapping Program, as well as data on oceanographic conditions such as speed and direction of currents, tides, wave conditions and turbidity.

Analysis of the sharks’ movements relative to the physical environment and the submerged sandbanks and troughs determines which areas they prefer to travel through, at what time of day, and in what sea conditions. Ultimately, this work will help federal, state, and local officials develop science-based management strategies to minimize potential interactions between humans and sharks.

This innovative study was initially developed by the CCS Geology Department in collaboration with State shark biologist, Dr. Greg Skomal. Local businesses and community members also threw their support behind the project, hosting fundraising events and providing opportunities for Legare to engage with the public at venues in Provincetown. A contract with the Massachusetts Division of Marine Fisheries (MA DMF) allowed Legare to expand the project into the nearshore waters off Nauset Beach in 2020.

The recently announced three-year, $386,000 award from the National Park Service will increase the number of Cape Cod National Seashore beaches included in the study to five, and extend the work through 2024. The Shark Ecology Research Program will also receive an additional $75,000 from the State of Massachusetts via the DMF.

“This program developed directly out of questions the local community has over the re-emergence of the white shark population along the nearshore waters of Cape Cod” said Legare. “As we share space with sharks, seals, and other wildlife, the best course of action is to understand their role in the ecosystem through interdisciplinary science; to understand how these organisms use resources, move among to grow and survive in the habitats we share.”

Wakhi advocate and cultural preservationist Didar Ali will receive the 2019 Sir Edmund Hillary Mountain Legacy Medal for remarkable service in the conservation of culture and nature in mountainous regions.

Mr. Ali is a native of Gulmit, also known as Gul-e-Gulmit, in the  Upper Hunza of Gilgit-Baltistan in Pakistan. Gulmit (pop. 5000) is an ancient town, set amid mountains and glaciers, and the people are Khik (called Wakhi by outsiders). The language is related to ancient Farsi and is spoken by a shrinking cohort in the Pamir region of Afghanistan, Tajikistan, Pakistan, and China. 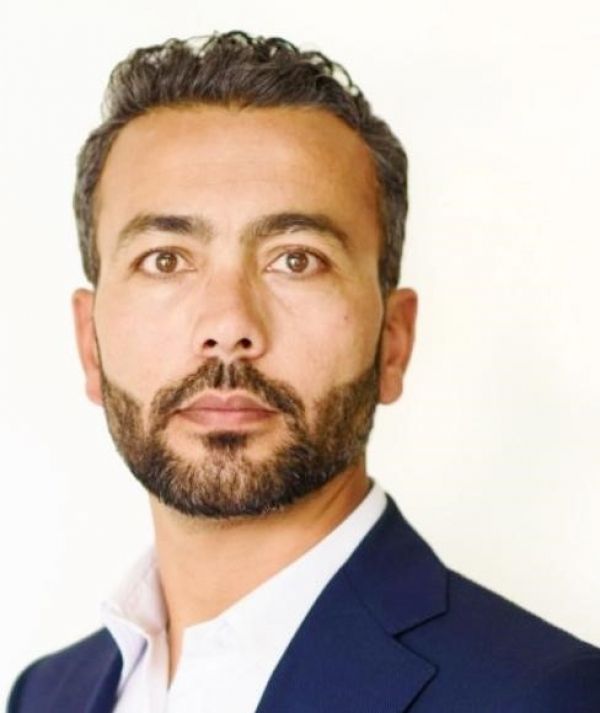 For the past seven years, Mr. Ali has dedicated himself to the preservation and promotion of Wakhi culture and language. After completing an MBA in Pakistan and a degree in Tourism Management in Austria, Mr. Ali returned to Gulmit and initiated a panoply of projects ranging from a cookbook of traditional Wakhi recipes to the first  Wakhi language primer for school children; both of these projects were sponsored by the Aga Khan Rural Support Program.

As CEO of the non-profit Mountains & People, Didar Ali has been a leader in community tourism development, environmental protection, and development of modern employment opportunities for Wakhi youth through training in computer science and internet marketing.

Mr. Ali has also received wide praise for his work with the Bulbulik Heritage Centre, which conserves and promotes traditional Wakhi music and dance, offering a safe place (despite strong taboos) for instruction of girls as well as boys.

An avid trekker whose favorite expedition is the historic Kilik Pass (elevation 4,827 m), which has served as the primary caravan route across the Pamirs, Didar expressed satisfaction at receiving the Hillary Medal in the centennial year of Sir Edmund’s birth.

“I have known several of the great climbers of the world, including Nazir Sabir-Pakistan, who is also from Gojal valley, and Reinhold Messner, but the legacy of Sir Edmund Hillary of New Zealand is of a different order. His contribution in socio-economic development, environmental protection, and promotion of the value of adventure is truly colossal. He will live forever as an inspiration for all of us to challenge ourselves to get out in the world, and to make it a better place.”

“As we observe the 100th birthday of Sir Edmund Hillary, we are pleased to be presenting the Sir Edmund Hillary Mountain Legacy Medal to a rising star in grassroots advocacy. Mr. Ali’s ambitious and clear-eyed projects augur well for future generations of local leadership and participation in mountain stewardship.” 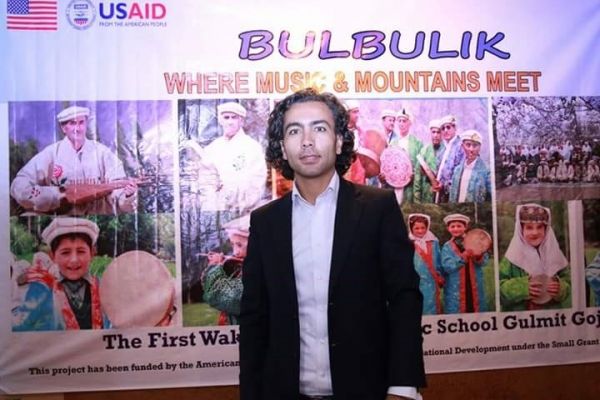 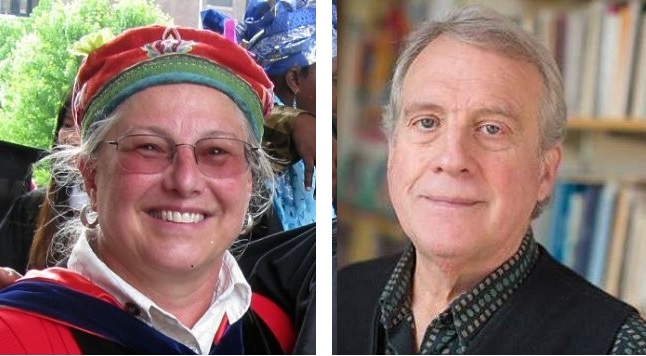 Anthropologists David Holmberg and Kathryn March will receive the 2021 Sir Edmund Hillary Mountain Legacy Medal for their many decades of friendship and assistance to Nepal, and for their leadership in educational exchange programs between Tribhuvan University and Cornell University.

PHILIPPE COUSTEAU, JR. AND XYLEM WATERMARK INVITE THE WORLD COMMUNITY TO JOIN MORE THAN 1.5 MILLION CITIZENS FROM 146 COUNTRIES IN CONSERVING AND PROTECTING WATER RESOURCES WITH THE 2019 EARTHECHO WATER

“The EarthEcho Water Challenge is designed to help anyone, anywhere take action to make their community stronger and safer by protecting a natural resource we depend on every day.  Understanding where our water comes from and how each of us can play a role in protecting it is a great first step in learning how our natural resources connect individuals and communities around the globe,” said EarthEcho founder Philippe Cousteau Jr. “By participating in the EarthEcho Water Challenge, anyone can make a positive impact starting today.”

The EarthEcho Water Challenge runs annually from March 22 through December 31 and is comprised of three easy steps:

World Water Day 2019 also marks the continuation of the EarthEcho Water Challenge Ambassadors initiative with the announcement of a new class of young environmental leaders from across the United States who will increase knowledge of local water resources throughout their communities by leading citizens through water quality monitoring events and water restoration and conservation programs.  Learn more about the 2019 Water Challenge Ambassadors visiting: http://monitorwater.org/ambassadors

For more information about participating in the EarthEcho Water Challenge, please visit www.monitorwater.org, follow EarthEcho on social media, and join the conversation with the hashtag #MonitorWater:

A global sensing and data analytics company empowering the world to reduce air pollution, today announce its partnership with the Greater London Authority in the fight against air pollution. Funded by the Mayor of London and supported by Bloomberg Philanthropies, the next phase of the Breathe London project will utilize Clarity’s low-cost air quality monitoring technology in the fight against London’s toxic air.

London is the first city to holistically integrate low-cost sensors with existing air quality infrastructure, making the project a blueprint for governments around the world to emulate, including the U.S., a country whose air pollution monitoring networks have fallen into disrepair according to the latest report from the U.S. Governmental Accountability Office (GAO).

More information about how London is adopting the low-cost solution, powering Breathe London can be found on Clarity's website: https://www.clarity.io/.