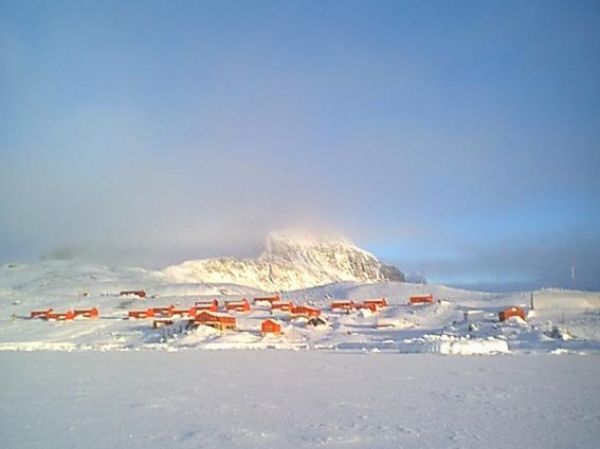 A committee will work to verify whether this is a new record for the continent.

The Argentine research base, Esperanza, on the northern tip of the Antarctic peninsula, set a new record temperature of 18.3°C on 6 February, beating the former record of 17.5°C on 24 March 2015, according to Argentina’s national meteorological service (SMN).

A committee for WMO’s Weather and Climate Extremes Archive will now verify whether this indeed is a new record for the Antarctic continent, which is defined as the main continental landmass.

“Everything we have seen thus far indicates a likely legitimate record but we will of course begin a formal evaluation of the record once we have full data from SMN and on the meteorological conditions surrounding the event. The record appears to be likely associated (in the short term) with what we call a regional "foehn" event over the area: a rapid warming of air coming down a slope/mountain,” according to WMO’s Weather and Climate Extremes rapporteur, Randall Cerveny.

Verification of this maximum temperature record is important because it helps us to build up a picture of the weather and climate in one of Earth’s final frontiers.” The Antarctic, like the Arctic, is poorly covered in terms of weather observations and forecasts, even though both play an important role in driving climate and ocean patterns and in sea level rise.