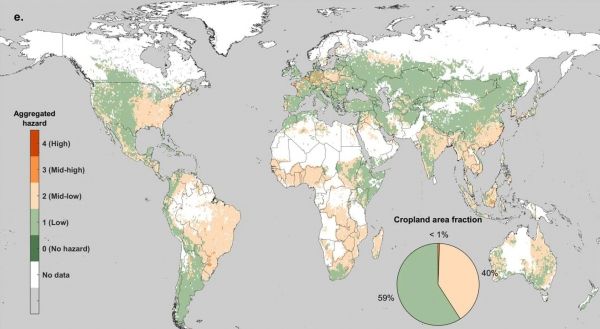 Glyphosate, or Roundup, is under scrutiny because of possible impacts on human health and ecosystems.

Glyphosate, or Roundup, is under scrutiny because of possible impacts on human health and ecosystems. Here Federico Maggi and Alex McBratney present the world's first map detailing contamination hotspots of the controversial herbicide.

The map is published as the world’s eyes fall on glyphosate and concerns about its potential impact on environmental and human health. Last year in the US the owner of Roundup, Monstanto (now owned by Bayer), was ordered to pay $US2 billion to a couple who said they contracted cancer from the weed killer, the third case the company had lost.

This year, Australia is emerging as the next legal battleground over whether the herbicide causes cancer with a class action suit being prepared for the Federal Court.