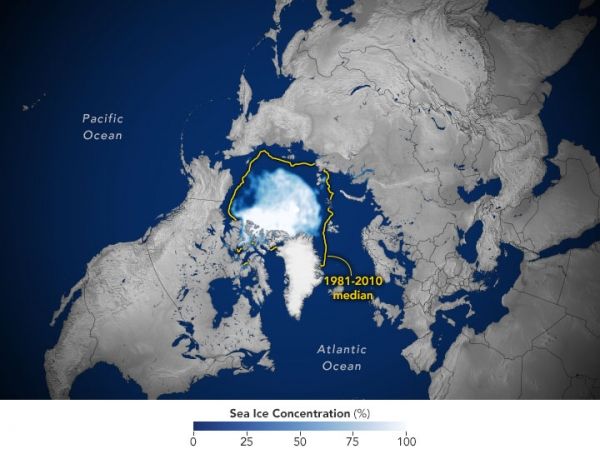 Sea ice covered more area this summer compared to recent years, but it was also much thinner.

Sea ice in the Arctic Ocean and neighboring basins appears to have hit its annual minimum extent on September 16, 2021, after waning in the spring and summer. The summertime extent is the twelfth lowest in the satellite record, according to scientists at the National Snow and Ice Data Center and NASA.

Less sea ice melted in 2021 even as the planet as a whole was warmer than usual—with new temperature records in North America and Eurasia, drought in the U.S. West, and episodes of intense melting on Greenland’s ice sheet.