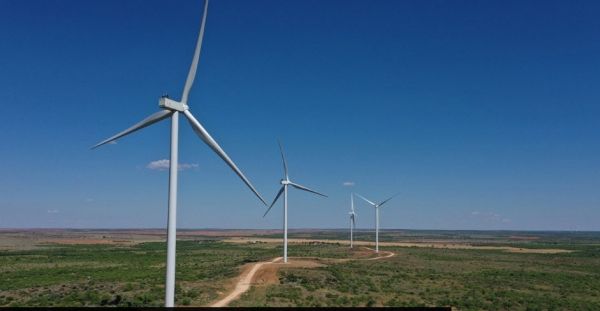 A renewable energy facility that will play a significant role in moving  Brown University toward its goal of net-zero carbon emissions is now up and running.

A renewable energy facility that will play a significant role in moving  Brown University toward its goal of net-zero carbon emissions is now up and running.

On Thursday, June 11, the Clearway Energy Group announced that it has completed construction and started commercial operations of Mesquite Star, a 419-megawatt wind farm in Fisher County, Texas. Brown will purchase renewable energy credits from the facility as part of the University’s effort to offset all of its on-campus electricity use with renewable sources.

"This partnership is a key part of our goal of getting to net-zero carbon emissions by 2040," said Stephen Porder, a professor of ecology and evolutionary biology and Brown's assistant provost for sustainability. “Power we purchase from Mesquite Star will offset about 30% of our campus electricity and will cut our net campus emissions by 15%. We're very pleased that our part in this project will contribute to a cleaner energy future."

Mesquite Star is one of two renewable energy projects that will eventually offset 100% of Brown’s electricity use. The other is a 50-megawatt (DC) solar facility in a former gravel pit in North Kingstown, R.I. Construction on that project is underway and expected to be completed in a few years.