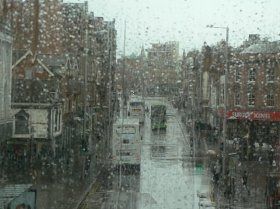 Weather forecasters could be able to better predict regional rainfall and temperatures across the UK by using  North Atlantic jet stream data, according to new research.

Climate scientists examined the relationship between changes in North Atlantic atmospheric circulation – or jet stream – and UK regional weather variations during summer and winter months over the past 65 years, and found that the jet stream changes were significantly associated with variations in regional rainfall and temperatures in the UK.

The jet stream is a giant current of air that flows eastwards over mid-latitude regions around the globe, and influences weather in the UK. It is partly controlled by changes in the atmosphere, ocean and sea-ice conditions in various key regions.

These findings show for the first time that meteorologists could use predictions of jet stream changes on a seasonal basis – or potentially even years ahead – to produce more accurate seasonal weather forecasts on a smaller, regional scale than is currently possible.

Read more at University of Lincoln