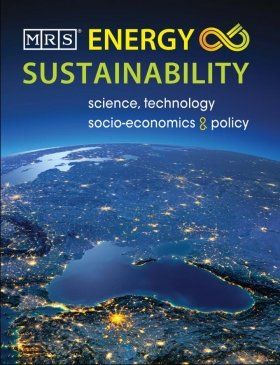 Hydrogen is the most abundant element in the universe. And as the race to find energy sources to replace our dwindling fossil fuel supplies continues, hydrogen is likely to play a crucial role.

In the latest issue of MRS Energy & Sustainability, published jointly by the Materials Research Society and Cambridge University Press, scientists argue that sustainable, carbon-free methods of large-scale hydrogen production are urgently needed to prepare for our fossil-fuel free future.

Since water is the only bountiful source of hydrogen on the planet and sunlight is the most abundant energy source, global experts argue that solar-driven water splitting may become the technology of choice in the second half of this century – using sunlight to produce hydrogen from water.

However, the authors of three different papers focusing on the future of hydrogen suggest that significant research efforts and breakthroughs are needed to help produce hydrogen on a suitably industrial scale that’s fit for the 21st century and beyond.

Image: As the race to find energy sources to replace our dwindling fossil fuel supplies continues apace, hydrogen is likely to play a crucial role in the future. (Credit: Materials Research Society)