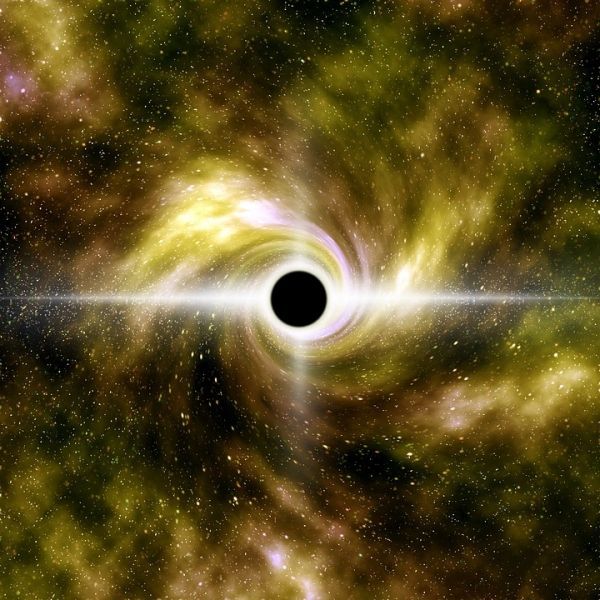 Black holes aren’t surrounded by a burning ring of fire after all, suggests new research.

Black holes aren’t surrounded by a burning ring of fire after all, suggests new research.

Some physicists have believed in a “firewall” around the perimeter of a black hole that would incinerate anything sucked into its powerful gravitational pull.

But a team from The Ohio State University has calculated an explanation of what would happen if an electron fell into a typical black hole, with a mass as big as the sun.

“The probability of the electron hitting a photon from the radiation and burning up is negligible, dropping even further ifSamir Mathur one considers larger black holes known to exist in space,” said Samir Mathur, a professor of physics at Ohio State. The study appears in the Journal of High Energy Physics.

The new study builds on previous work from 2004 led by Mathur that theorized that black holes are basically like giant, messy balls of yarn – “fuzzballs” that gather more and more heft as new objects are sucked in. That theory, Mathur said, resolved the famous black hole “information paradox” outlined by Steven Hawking in 1975. Hawking’s research had concluded that particles entering a black hole can never leave. But that ran counter to the laws of quantum mechanics, creating the paradox.