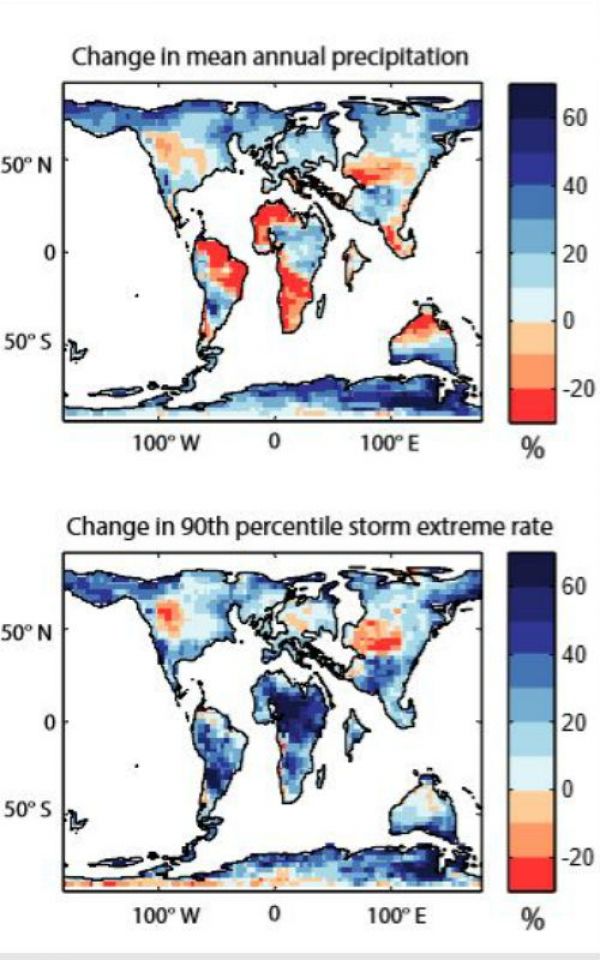 A new study by scientists at the University of Bristol has shown that ancient global warming was associated with intense rainfall events that had a profound impact on the land and coastal seas.

The Palaeocene-Eocene Thermal Maximum (PETM), which occurred about 56 Million years ago, is of great interest to climate scientists because it represents a relatively rapid global warming event, with some similarities to the human-induced warming of today.

Although there have been many investigations of how much the Earth warmed at the PETM, there have been relatively few studies of how that changed the hydrological cycle.

This newly published work shows that rainfall increased in some places and decreased in others, according to expectations, but that much of the world experienced more intense and episodic (or ‘flashy’) rainfall events.

Lead author Dr Matt Carmichael from the University’s Schools of Chemistry and Geographical Sciences, said: “With the same climate models used to study future climate change, we studied how a doubling of carbon dioxide concentrations would affect rainfall patterns on a world with Eocene geography.

Continue reading at University of Bristol

Image via BRIDGE, University of Bristol