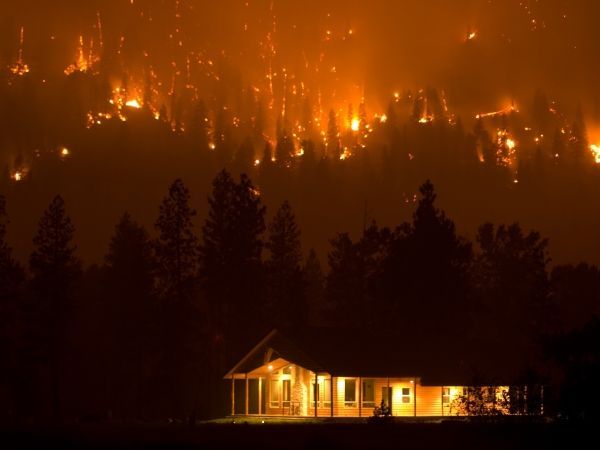 So far in 2018, wildfires have burned almost 7 million acres across the U.S. and their smoke has blanketed much of the West, with some smoke plumes extending all the way to the East Coast and beyond.

So far in 2018, wildfires have burned almost 7 million acres across the U.S. and their smoke has blanketed much of the West, with some smoke plumes extending all the way to the East Coast and beyond. To people who live out west, or in any other location affected by wildfire, the hazy sky, tingling noses, and respiratory complications from smoke aren’t uncommon.

Health experts know that wildfire smoke contributes to possibly 25,000 deaths per year and that the economic damages from smoke-related health costs range in the tens of billions of dollars. Despite its impacts, smoke from fires is one of the least understood controllers of air quality. But NOAA is part of an ongoing multi-agency project called FIREX (Fire Influence on Regional and Global Environments Experiment) that aims to change that.

Jim Roberts, an atmospheric scientist at NOAA’s Earth System Research Laboratory (ESRL), and his colleagues first thought up the idea that would become FIREX when new instruments revealed for the first time that smoke produces isocyanic acid, one of the toxic chemical compounds found in cigarette smoke. They wanted to find out how these new results would change how scientists and regulators think about the impacts of fires, especially in an era of more frequent and intense fires, said Roberts.

As Roberts and his colleagues became more interested in wildfires, they found that the wildfire research community was also working on improving their smoke forecast models. Currently, a number of forecasting tools are available that predict where smoke plumes will travel—such as the U.S. Forest Service’s BlueSky tool and the NOAA Hazard Mapping System Fire and Smoke Product—but scientists and users know these tools need to offer greater geographic detail and more information about what the smoke contains. Roberts and his colleagues thought they could help.