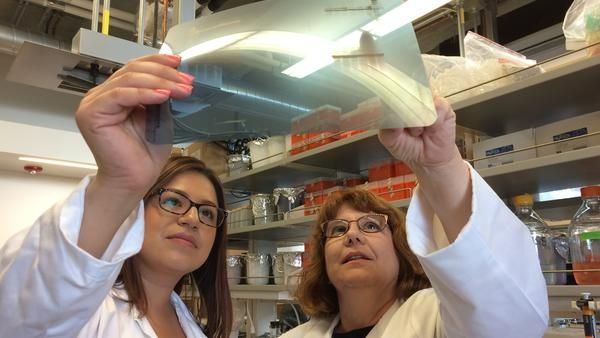 Whether we like it or not, everyone accumulates fat. For women, it usually accumulates around the hips, resulting in a pear-shaped look. In men, fat tends to build up around the abdomen, creating an apple shape. As it turns out, it’s healthier to be a pear than an apple.

A research team at the University of California, Riverside, has found that only male mice experienced neuroinflammation, or activation of the immune system’s response in the brain, after being fed a high-fat diet. While females were unaffected, males showed low testosterone and reduced sperm count, in addition to neuroinflammation.
Study results appear in the journal Frontiers in Immunology.

Image via I. Pittawala, University of California Riverside