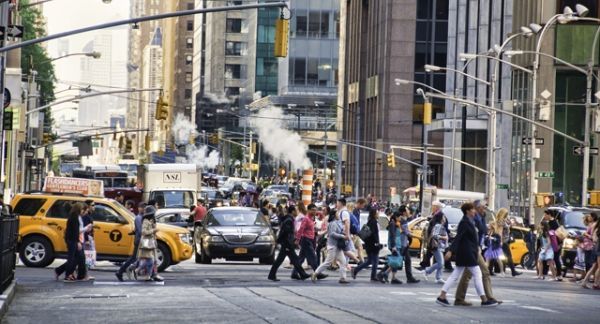 For the first time, researchers have developed a data set quantifying what the social cost of carbon—the measure of the economic harm from carbon dioxide emissions—will be for the globe’s nearly 200 countries, and the results are surprising. Although much previous research has focused on how rich countries benefit from the fossil fuel economy, while damages accrue primarily to the developing world, the top three counties with the most to lose from climate change are the United States, India and Saudi Arabia—three major world powers. The world’s largest CO2 emitter, China, also places in the top five countries with the highest losses.

The findings, which appear in Nature Climate Change, estimate country-level contributions to the social cost of carbon (SCC) using recent climate model projections, empirical climate-driven economic damage estimations and socioeconomic forecasts. In addition to revealing that some counties are expected to suffer more than others from carbon emissions, they also show the global social cost of carbon is significantly higher than the one standardly used by the U.S. government to inform policy decisions.

Among the most-trusted contemporary estimates of SCC are those calculated by the U.S. Environmental Protection Agency (EPA). The latest figures for global costs range from $12 to $62 per metric ton of CO2 emitted by 2020; however, the new data shows SCC to be approximately $180–800 per ton of carbon emissions. What’s more, the country-level SCC for the U.S. alone is estimated to be about $50 per ton – higher than the global value used in most regulatory impact analyses. This means that the nearly five billion metric tons of CO2 the U.S. emits each year is costing the U.S. economy about $250 billion.