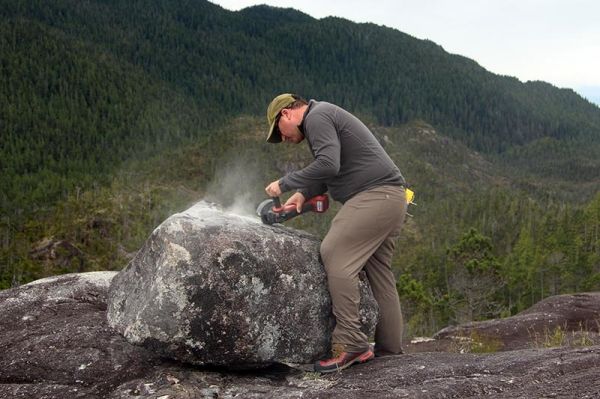 A group of researchers have discovered the retreat of an ancient ice sheet from the western coast of Canada occurred earlier than previously thought.

Dr Christopher Darvill from The University of Manchester’s Department of Geography is the lead author on a new paper published in Geophysical Research Letters. Darvill and his co-authors studied the Cordilleran Ice Sheet in North America - which once covered an area the size of the Greenland Ice Sheet - to improve our understanding of past climate and ancient human migration.

The retreat of the ice sheet controlled when routes were opened that allowed ancient people to migrate south into the Americas. Which route was used – and when – remains a highly contentious topic amongst archaeologists and geologists.

Continue reading at University of Manchester

Image via University of Manchester