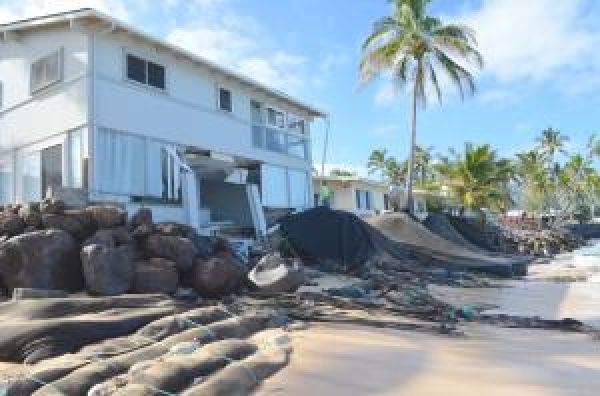 By including models of dynamical physical processes such as erosion and wave run-up, a team of researchers from the University of Hawai‘i at Mānoa and the Hawai‘i Department of Land and Natural Resources (DLNR) determined that land area in Hawai‘i vulnerable to future sea level rise may be double previous estimates. The study was published today in the Nature journal, Scientific Reports.

A widely-used approach for assessing impacts of sea level rise is the “bathtub” model, wherein a static sea level surface is projected onto a terrain model.

“The bathtub method provides a good first look at low-lying flood-prone areas but underestimates the full extent of potential damage due to sea level rise, particularly on Hawaii’s high-energy coasts,” said lead researcher Tiffany Anderson, a faculty member in the Department of Earth Sciences at the UH Mānoa School of Ocean and Earth Science and Technology (SOEST).