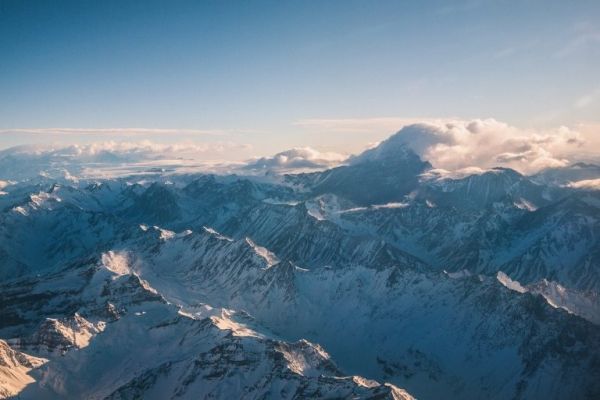 A new study by The University of Texas at Austin has demonstrated a possible link between life on Earth and the movement of continents.

The findings show that sediment, which is often comprised from pieces of dead organisms, could play a key role in determining the speed of continental drift. In addition to challenging existing ideas about how plates interact, the findings are important because they describe potential feedback mechanisms between tectonic movement, climate and life on Earth.

The study, published Nov. 15 in Earth and Planetary Science Letters, describes how sediment moving under or subducting beneath tectonic plates could regulate the movement of the plates and may even play a role in the rapid rise of mountain ranges and growth of continental crust. The research was led by Whitney Behr, a research fellow at the Jackson School and professor at ETH Zurich in Switzerland, and co-authored by Thorsten Becker, a professor at the UT Jackson School of Geosciences and research scientist at its Institute for Geophysics (UTIG).

Sediment is created when wind, water and ice erode existing rock or when the shells and skeletons of microscopic organisms like plankton accumulate on the seafloor. Sediment entering subduction zones has long been known to influence geological activity such as the frequency of earthquakes, but until now it was thought to have little influence on continental movement. That’s because the speed of subduction was believed to be dependent on the strength of the subducting plate as it bends and slides into the viscous mantle, the semi molten layer of rock beneath the Earth’s crust. Continental movement is driven by one plate sinking under another so, in this scenario, the strength of the portion of the plate being pulled into the Earth’s mantle (and the energy required to bend it) would be the primary control for the speed of the plate movement, with sediment having little effect.