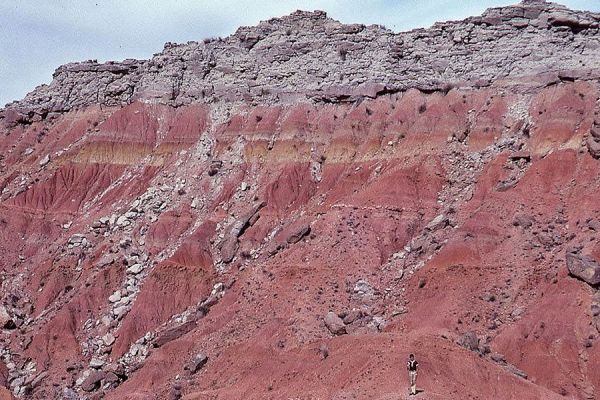 Ancient wildfires played a crucial role in the formation and spread of grasslands like those that now cover large parts of the Earth.

A new study links a large rise in wildfires nearly 10 million years ago, in the late Miocene, with a major shift in vegetation on land, as indicated by carbon isotopes of plant biomarkers found in the fossil record. Frequent, seasonal fires helped turn forested areas into open landscapes, and drove the expansion of grasslands, the researchers said.

The team developed an innovative approach to test the role of fire in the rise of early grasslands. They analyzed tracers of ancient leaves and of burned organic matter left behind in paleosols, or fossil soils, in northern Pakistan.

"The tools we use are molecules and biomarkers produced by organisms in Earth history and preserved in rocks," said Allison Karp, a graduate student in geosciences at Penn State and lead author on the paper. "We can use these as clues to figure out what was happening with climate and ecology in the past."

The new technique has broad implications as a tool for scientists seeking to answer questions about past vegetation and climate change, the researcher said.