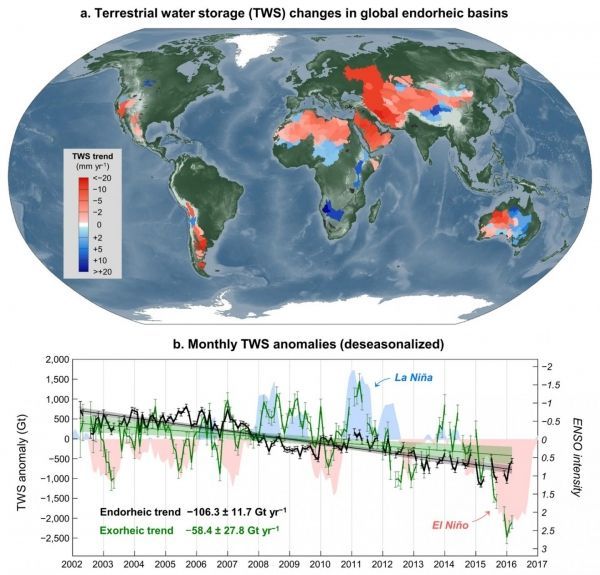 Along with a warming climate and intensified human activities, recent water storage in global landlocked basins has undergone a widespread decline.

The study, "Recent Global Decline in Endorheic Basin Water Storage," was carried out by a team of scientists from six countries and appears in the current issue of Nature Geoscience.

"Water resources are extremely limited in the continental hinterlands where streamflow does not reach the ocean. Scientifically, these regions are called endorheic basins," said Jida Wang, a Kansas State University geographer and the study's lead author.

"Over the past few decades, we have seen increasing evidence of perturbations to the endorheic water balance," said Wang, an assistant professor of geography. "This includes, for example, the desiccating Aral Sea, the depleting Arabian aquifer and the retreating Eurasian glaciers. This evidence motivated us to ask: Is the total water storage across the global endorheic system, about one-fifth of the continental surface, undergoing a net decline?"