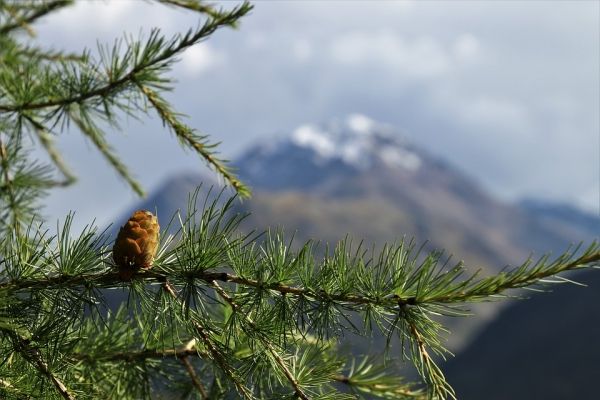 For decades, ecologists have differed over a longstanding mystery: Will a longer, climate-induced growing season ultimately help coniferous forests to grow or hurt them?

For decades, ecologists have differed over a longstanding mystery: Will a longer, climate-induced growing season ultimately help coniferous forests to grow or hurt them? A new University of Colorado Boulder study may help researchers find a more definitive answer.

As climate warming has lengthened growing seasons, two scenarios seem plausible: If forest growth increases as a result of milder temperatures during more of the year, the additional tree cover could help remove carbon dioxide emissions from the atmosphere at a faster rate. Conversely, if growth decreases as a result of decreased moisture or increased heat-related stress, carbon absorption would decline and climate warming could accelerate even beyond current levels.

Despite a large number of studies on the topic, no standard for measuring the beginning, middle and end of a growing season has emerged, leading to diverging—and at times, wildly opposite—conclusions.

“Nobody can say for certain what a growing season ‘is,’ due to all the variation in how forest behave and how the start and end of the growing season is characterized,” said David Barnard, lead author of the study and a former postdoctoral researcher with the Boulder Creek Critical Zone Observatory at the Institute of Arctic and Alpine Research (INSTAAR). “Even in winter, forests in warmer areas can still be growing. There’s less of a distinct on/off switch.”