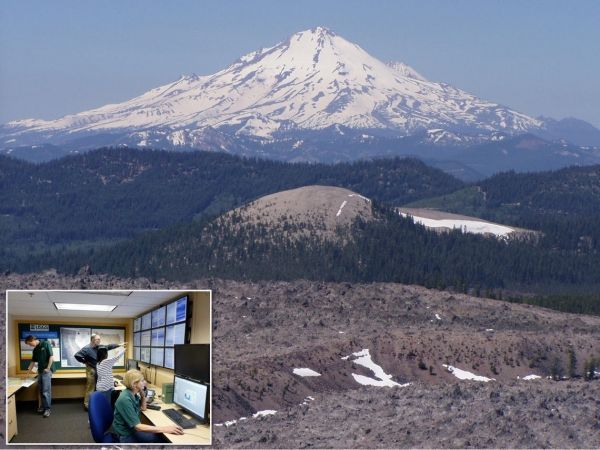 As part of its program of keeping officials and the public apprised of volcanic threats, the USGS periodically reassesses the threat level of U.S. volcanoes and updates volcanic threat assessment documentation.

As part of its program of keeping officials and the public apprised of volcanic threats, the USGS periodically reassesses the threat level of U.S. volcanoes and updates volcanic threat assessment documentation. In 2005, the USGS published its first national volcanic threat assessment in support of establishing a National Volcano Early Warning System. The assessment helps to prioritize U.S. volcanoes for research, monitoring and mitigation efforts based on objective measures of volcano hazards and exposure of people and infrastructure to those hazards. The new publication is an update of that assessment.

“More than ten percent of the world’s known active and potentially active volcanoes are within U.S. territories,” said John Ewert, a USGS geologist and lead author of the updated Volcanic Threat Assessment. “All of these volcanoes pose some degree of risk to people and infrastructure.”

Ewert and his USGS colleagues applied specific criteria to each volcano to derive a score, and grouped volcanoes into five threat categories. “The ranking is not a list of which volcano will erupt next,” said Ewert; “instead, it is a way to help focus attention and resources where they can be most effective.”

The mountainous landscapes of California, Oregon, Washington, Alaska, Hawaiʻi, American Samoa and the Mariana Islands are punctuated by volcanoes. Born along the margins of converging tectonic plates or above intraplate hot spots, these volcanoes are a part of our country’s history and culture. But when erupting, these same volcanoes threaten the health and safety of residents and can damage property and infrastructure.