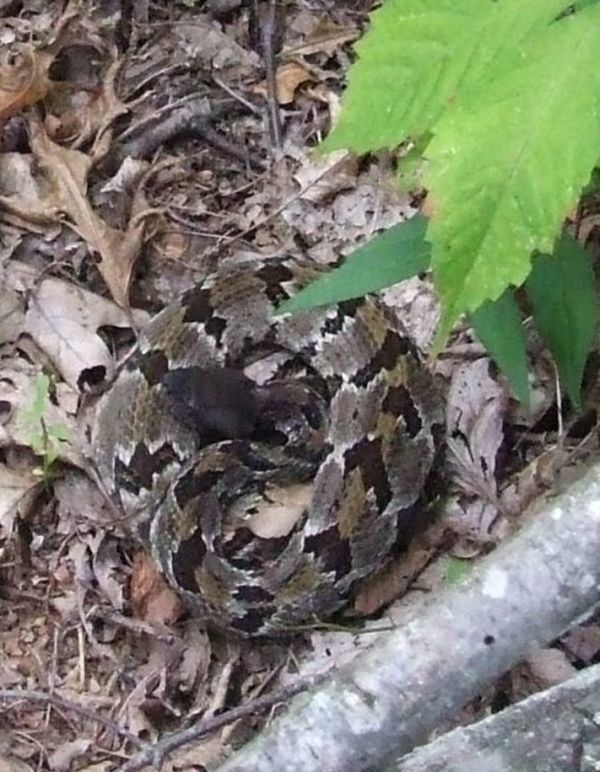 On the Cumberland Plateau in eastern Kentucky, surface coal mining is destroying ridgelines and mountaintops, and along with them, the habitat of a surprisingly gentle reptile species – the timber rattlesnake.

“Timber rattlesnakes may be the most docile, calm animals of their size in eastern US forests,” Thomas Maigret, a researcher from the University of Kentucky, said. “On several occasions, I’ve witnessed spiders using a rattlesnake as an anchor for a web. Females, especially, move very infrequently, and pose almost no threat to a careful human.”

Unfortunately for the timber rattlesnake (Crotalus horridus) and other species in this region – both plant and animal – surface coal mining requires complete removal of mature forest cover and the upper soil layers. This means that soil is scraped away, rocks disturbed and dug out, plants and trees removed, or the ridgetop landscape flattened and made more uniform to reach the coal buried in the earth. This alteration eliminates many diverse, unique places for animals to live and hibernate. The central Appalachia region spans eastern Kentucky, northeastern Tennessee, southwest Virginia, and southern West Virginia and is one of the most diverse non-tropical ecosystems in the world with thousands of plant and animal species, many that are only found there.

Image via Ecological Society of America