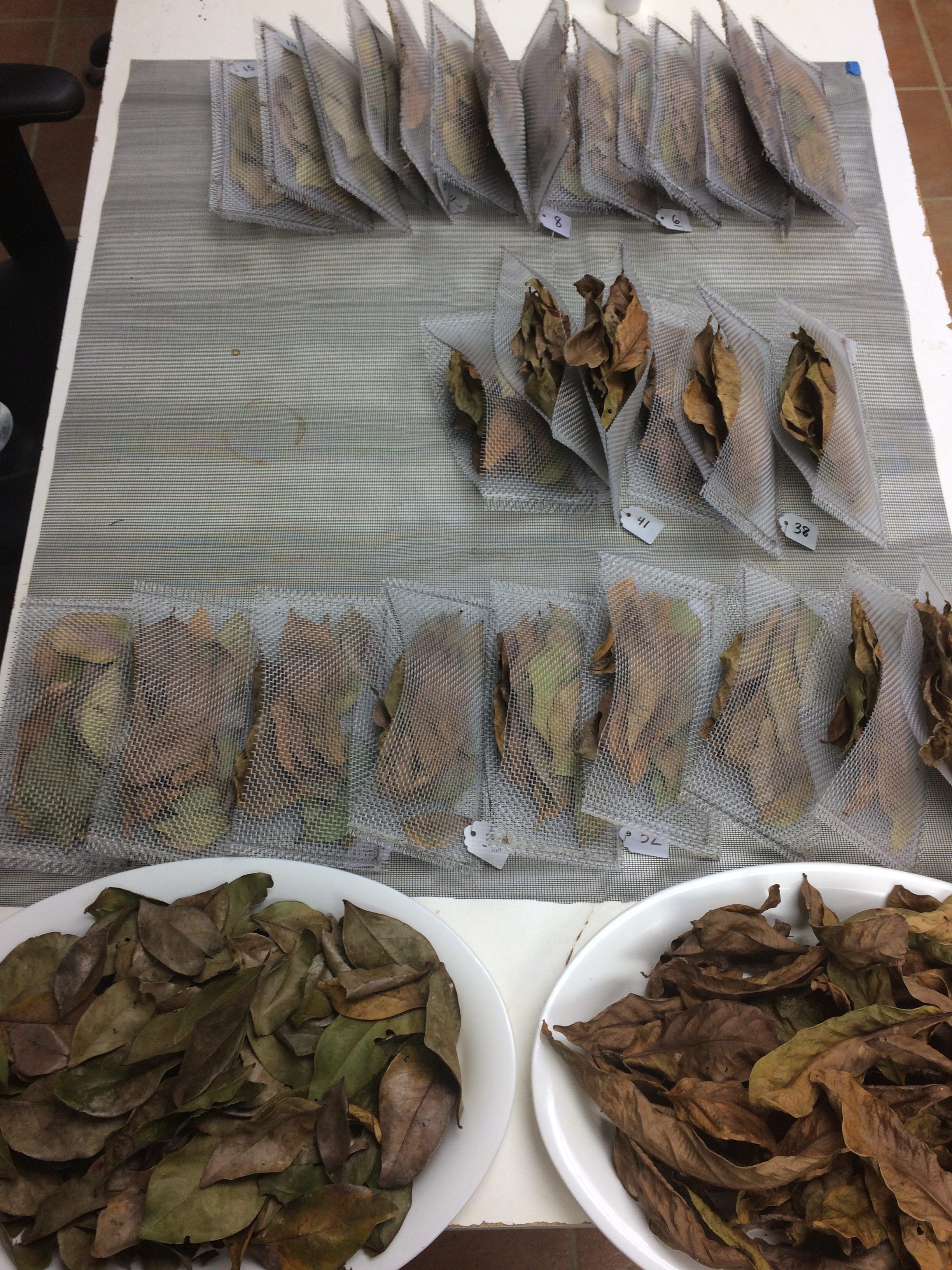 Climate models predict plant decomposition in the tropics will increase in a warmer world, but a new study shows the opposite.

Tropical forests store about a third of Earth’s carbon and about two-thirds of its above-ground biomass. Most climate change models predict that as the world warms, all of that biomass will decompose more quickly, which would send a lot more carbon dioxide into the atmosphere. But new research presented at the American Geophysical Union’s 2018 Fall Meeting contradicts that theory.

Stephanie Roe, an ecology PhD student at the University of Virginia, measured the rate of decomposition in artificially warmed plots of forest in Puerto Rico. She found biomass in the warmed plots broke down more slowly than samples from a control site that wasn’t warmed.

Her results indicate that as the climate warms, forest litter could pile up on the ground, instead of breaking down into the soil. Less decomposition means less carbon dioxide released back into the atmosphere. But it also means less carbon taken up by the soil, where it’s needed to fuel microbial processes that help plants grow.
“These results could have significant implications on the carbon cycle in a warmer future,” Roe said.