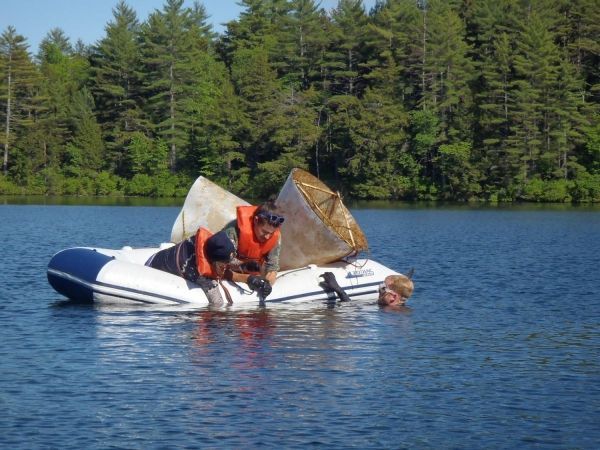 Deploying a new technique for the first time in the region, geoscientists at the University of Massachusetts Amherst have reconstructed the longest and highest-resolution climate record for the Northeastern United States.

The research team revealed previously undetected past temperature cycles and extends the record 900 years into the past, well beyond the previous early date of 1850.

First author Daniel Miller, with Helen Habicht and Benjamin Keisling, conducted this study as part of their doctoral programs with advisors geosciences professors Raymond Bradley and Isla Castañeda. As Miller explains, they used a relatively new quantitative method based on the presence of chemical compounds known as branched glycerol dialkyl glycerol tetra ethers (branched GDGTs) found in lakes, soils, rivers and peat bogs around the world. The compounds can provide an independent terrestrial paleo-thermometer that accurately assesses past temperature variability.

Miller says, “This is the first effort using these compounds to reconstruct temperature in the Northeast, and the first one at this resolution.” He and colleagues were able to collect a total of 136 samples spanning the 900-year time span, many more than would be available with more traditional methods and from other locations that typically yield just one sample per 30-100 years.