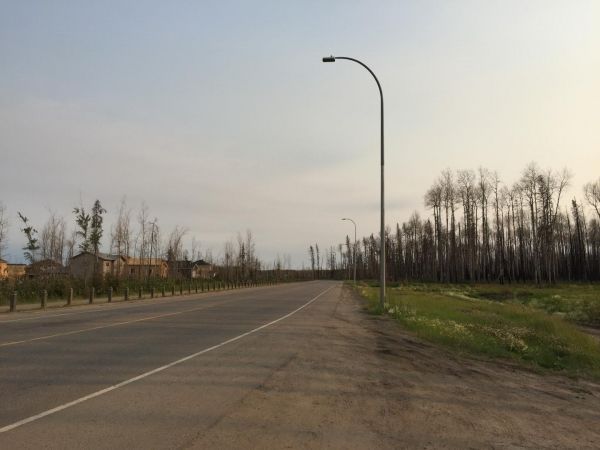 U of T Engineering researchers have examined dust from homes in Fort McMurray, Alta., for evidence of harmful toxins left in the aftermath of the devastating 2016 wildfire.

U of T Engineering researchers have examined dust from homes in Fort McMurray, Alta., for evidence of harmful toxins left in the aftermath of the devastating 2016 wildfire. Their study reveals normal levels of contaminants that are comparable to homes across Canada, and so far, no evidence of long-term health risks from fire-ash exposure in residents’ homes.

In May 2016, a large wildfire in the area forced a mandatory evacuation of more than 80,000 residents in the city and surrounding region, making it the largest recorded wildfire evacuation in Canadian history.

As people slowly gained re-entry to their homes a month later, concerns were raised about residual fire ash or toxins in homes that could pose health risks. Smoke and ash can contain a large number of potentially harmful carcinogens, including arsenic, heavy metals and polycyclic aromatic hydrocarbons (PAHs).

In the summer of 2017, Professor Arthur Chan (ChemE) and his research team visited Fort McMurray to find out if there was indeed cause for concern. “Many people were saying, ‘I’m not sure if it’s safe for my children to come back and live here after this big fire,’” says Chan.

Image: This is a row of homes in Fort McMurray located just across from where the wildfire took place in May 2016. (Credit: Arthur Chan)