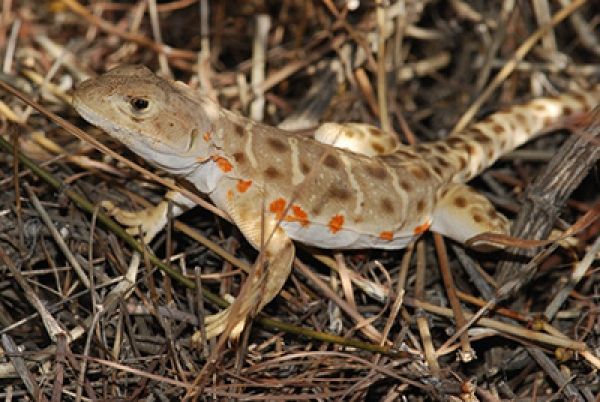 Land no longer suitable for agriculture could be reclaimed as habitat for dozens of endangered species, according to a new analysis.

Most of the native habitat in California's San Joaquin Desert has been converted to row crops and orchards, leaving 35 threatened or endangered species confined to isolated patches of habitat. A significant portion of that farmland, however, is likely to be retired in the coming decades due to groundwater overdraft, soil salinity, and climate change.

A new study led by researchers at UC Santa Cruz looked at the conservation potential of marginal farmland in the San Joaquin Desert and found that restoration of fallowed farmland could play a crucial role in habitat protection and restoration strategies for the blunt-nosed leopard lizard and other endangered species.

The study, published January 15 in PLOS ONE, focused on the endangered blunt-nosed leopard lizard as an "umbrella species" whose habitat needs overlap with other threatened and endangered species in the San Joaquin Desert. The researchers identified more than 600 square kilometers of farmland with strong potential for habitat restoration.