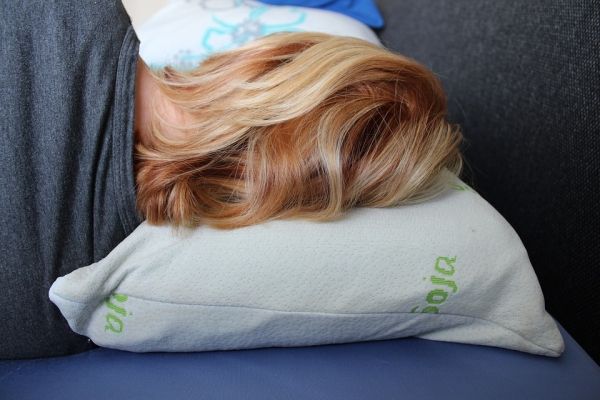 Ask anyone who is in pain how their much-needed sleep was, and there’s a good chance they will say it was not great.

Ask anyone who is in pain how their much-needed sleep was, and there’s a good chance they will say it was not great. And, it appears they may not be too far off as chronic pain and poor sleep can become a vicious cycle, according to new research from the University of California, Berkeley, and the University of Colorado Boulder.

This first-of-its-kind study, which was published on Jan. 28 in the Journal of Neuroscience, looked mechanistically at how pain and sleep relate to each other and found that when people don’t sleep, they feel pain more acutely, but feeling that pain more acutely may actually be keeping them awake, thanks to a neural glitch in sleep-deprived brains.

And this neural glitch can have impacts well beyond just making someone not feel well. Chronic pain is a large problem across the United States, costing more than heart disease, stroke and diabetes annually, according to Tor Wager, one of the study’s co-authors, and that cost is growing—just as our rates of sleep are decreasing, causing some brain researchers to warn of an escalating public health crisis.

“Sleep disruption and sleep problems are associated with many different health disorders, from chronic pain to PTSD to depression and other illnesses. Sleep quality is something that could potentially be targeted by interventions,” said Wager, a professor in the department of psychology and neuroscience at CU Boulder.