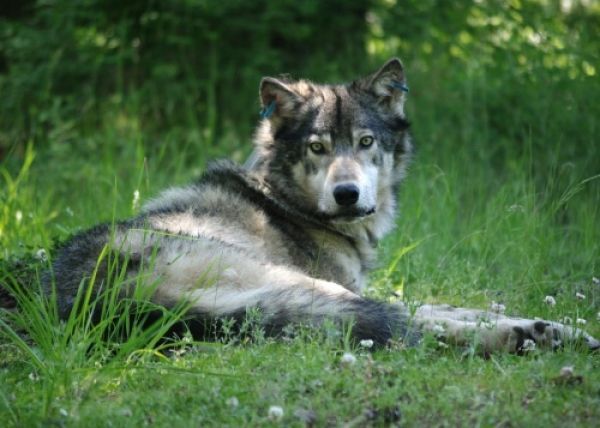 Thousands of people cross the border between Oregon and Idaho every day without anyone batting an eye.

Thousands of people cross the border between Oregon and Idaho every day without anyone batting an eye. On one day about 13 years ago, another Idahoan left the Gem State for its western neighbor and, like many of the travelers before him, went totally unnoticed as he passed over the state line.

But once his arrival amid Oregon’s firs and farms became known, this ramblin’ man added fuel to a fiery debate that has been raging across the state for two decades.

This controversial crosser was a shaggy black wolf who would soon be known as OR4, after the Oregon Department of Fish and Wildlife assumed management of him from their counterpart in Idaho. He was not the first wolf to migrate west in recent years, but after he ambled deeper into Oregon’s wilderness, he clinched the honor of being a more lasting first.

The wandering wolf took a liking to the rugged Wallowa Mountains and settled down in a hollow ponderosa tree with his smoky-furred lady friend, a fellow traveler from Idaho who would be dubbed OR2. Amid slopes of towering evergreens and the churning waters of the Imnaha River, the drifter duo made themselves at home.

Continue reading at University of Oregon.

Image via University of Oregon.