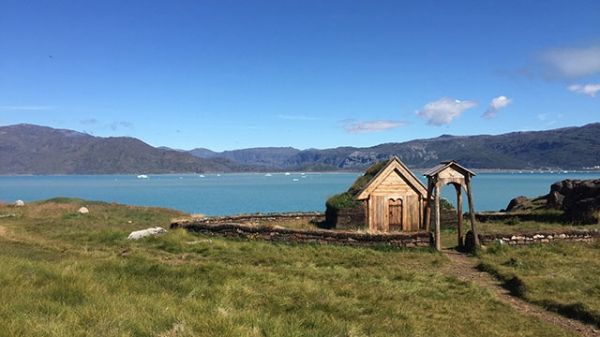 A new study may resolve an old debate about how tough the Vikings actually were.

A new study may resolve an old debate about how tough the Vikings actually were.

Although TV and movies paint Vikings as robust souls, braving subzero temperatures in fur pelts and iron helmets, new evidence indicates they might have been basking in 50-degree summer weather when they settled in Greenland.

After reconstructing southern Greenland’s climate record over the past 3,000 years, a Northwestern University team found that it was relatively warm when the Norse lived there between 985 and 1450 C.E., compared to the previous and following centuries.

“People have speculated that the Norse settled in Greenland during an unusually, fortuitously warm period, but there weren’t any detailed local temperature reconstructions that fully confirmed that. And some recent work suggested that the opposite was true,” said Northwestern’s Yarrow Axford, the study’s senior author. “So this has been a bit of a climate mystery.”

Photo: A reproduction of a Viking church near the Northwestern team's research site in southern Greenland.  CREDIT: G. Everett Lasher