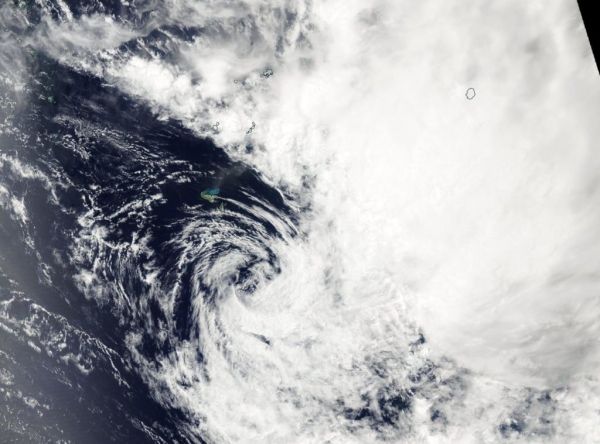 Tropical Cyclone Neil had a short life in the Southwestern Pacific Ocean. It developed on February 9 and dissipated on February 10.

Tropical Cyclone Neil had a short life in the Southwestern Pacific Ocean. It developed on February 9 and dissipated on February 10. NASA’s Aqua satellite captured an image of the storm that developed even while battling wind shear.

Neil developed around 4 p.m. EDT (2100 UTC) on February 9 about 302 nautical miles west-southwest of Niue with maximum sustained winds near 35 knots (40 mph/65 kph). Niue is a small island nation in the South Pacific Ocean. According to the official website of Niue tourism, Niue is one of the smallest countries and one of the largest raised coral atolls on Earth.

Image: This visible image of short-lived Tropical Cyclone Neil was taken from NASA’s Aqua satellite on Feb. 9. The image shows that northwesterly vertical wind shear was affecting the storm and pushing the bulk of clouds to the southeastern quadrant.  CREDIT: NASA Worldview, Earth Observing System Data and Information System (EOSDIS)