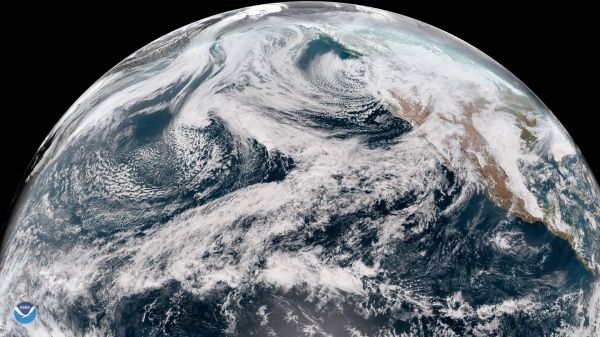 In its new role, GOES-17 will serve as NOAA’s primary geostationary satellite for detecting and monitoring Pacific storm systems, fog, wildfires, and other weather phenomena that affect the western United States, Alaska, and Hawaii.

The latest milestone for GOES-17 comes exactly eleven months after the satellite first reached its geostationary orbit 22,000 above Earth. Launched March 1, 2018, GOES-17 is NOAA’s second advanced geostationary weather satellite and the sister satellite to GOES-16 (also known as GOES East). Together the two satellites provide high-resolution visible and infrared imagery as well as lightning observations of more than half the globe – from the west coast of Africa to New Zealand, and from near the Arctic Circle to the Antarctic Circle.

GOES-17 has already been helping forecasters track the weather and other environmental hazards in places like California, Alaska and Hawaii. The satellite began transmitting its first images from its new orbital position in November 2018. Since then, forecasters have been using GOES-17 data to see weather forming over the northeastern Pacific Ocean, where many weather systems that affect the continental U.S. first form.