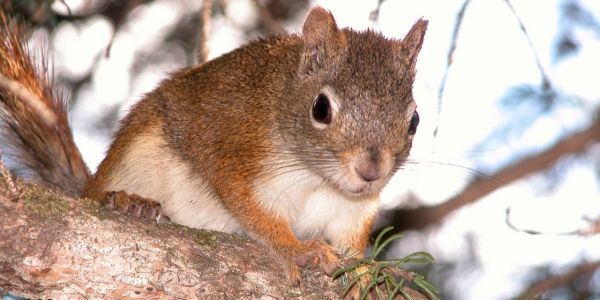 For red squirrels, the death of a male you’ve never met could be the key to your survival, according to a new study.

For red squirrels, the death of a male you’ve never met could be the key to your survival, according to a new study.

Young red squirrels who inherit food caches abandoned by older male squirrels have 50 per cent more offspring than those who do not, according to the research.

“Young squirrels need to move out of ‘home’ by the autumn of the year in which they are born,” explained U of A biologist Stan Boutin, who co-author the study with his colleague, David Coltman. “They can't push adults off of territories and food caches so they have to find places left vacant by the death of an adult. The juveniles then inherit whatever is left in the food store when the adult died.”

The best chance of a large inheritance is finding an abandoned food cache from a three to four-year-old male squirrel, said Boutin, who added that the bigger the inheritance, the better the chances of survival for both young squirrels and their future families.

Image via University of Alberta.