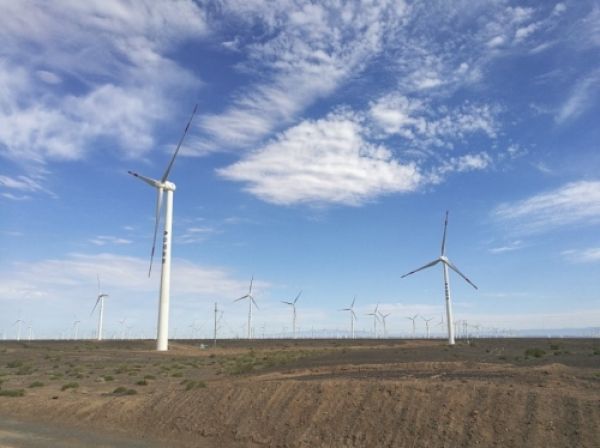 To help mitigate global warming by reducing the emissions that are largely responsible, wind is widely expected to become an alternative source of energy.

To help mitigate global warming by reducing the emissions that are largely responsible, wind is widely expected to become an alternative source of energy. Wind power generation utilizes the surface atmosphere, where movement blows the wind turbine to generate the power output. However, due to the turbulence in the near-surface layer, wind speeds show strong variation and disturbance characteristics, which creates instability for wind power generation. This in turn seriously threatens the security of the power grid system. Therefore, to ensure the safety and stability of the power grid, reliable predictions of wind speed and power generation at the local scale for wind farms are essential.

In a paper recently published in Atmospheric and Oceanic Science Letters, ZHANG Ye from Hebei Normal University and her co-authors from the Institute of Atmospheric Physics and Lanzhou University, developed three hybrid multi-step wind speed forecasting models and compared them with each other and with earlier proposed wind speed forecasting models. The three models are based on wavelet decomposition (WD), the Cuckoo search (CS) optimization algorithm, and a wavelet neural network (WNN). Respectively, they are referred to as CS-WD-ANN (where ANN means ‘artificial neural network’), CS-WNN, and CS-WD-WNN. Wind speed data from two wind farms located in Shandong, eastern China, were used in the study.