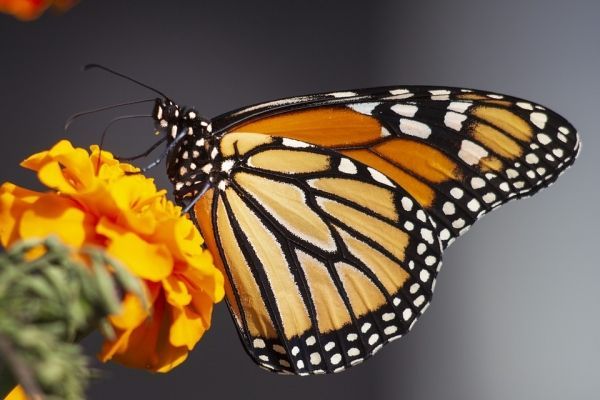 After several years of declining monarch numbers, researchers believe this year will see a dramatic uptick in monarch butterflies making their way across states like Texas.

After several years of declining monarch numbers, researchers believe this year will see a dramatic uptick in monarch butterflies making their way across states like Texas.

Craig Wilson, of the USDA Future Scientists Program, says that early data shows monarchs are bucking a severe downward trend of the past several years and, for this year at least, showing strong numbers.

“Figures show the highest number of hectares covered since at least 2006,” Wilson said in a press release. “Monarch numbers are usually measured in hectares, so that’s means about 15 acres are being used for their breeding grounds in northern Mexico. That’s a really positive sign, especially since their numbers have been down in recent years. I believe the record low was in 2013-14 when only 0.65 hectares (about 1.65 acres) were covered. So it is very promising news.”

Texas is a key spot for monarch butterflies on their annual migration north to lay their eggs. It is one of the major calling points where they gather their energy for the next phase of their long, multi-generational flight that will ultimately take them to across the Canadian border. Seeing such strong numbers at this point in the migration from Mexico would suggest that, if the weather remains good and no pathogens claim vast swathes of the butterflies, the year’s migration could be a much-needed boost to the monarchs and to wider butterfly numbers.