Details
University of Illinois at Urbana-Champaign 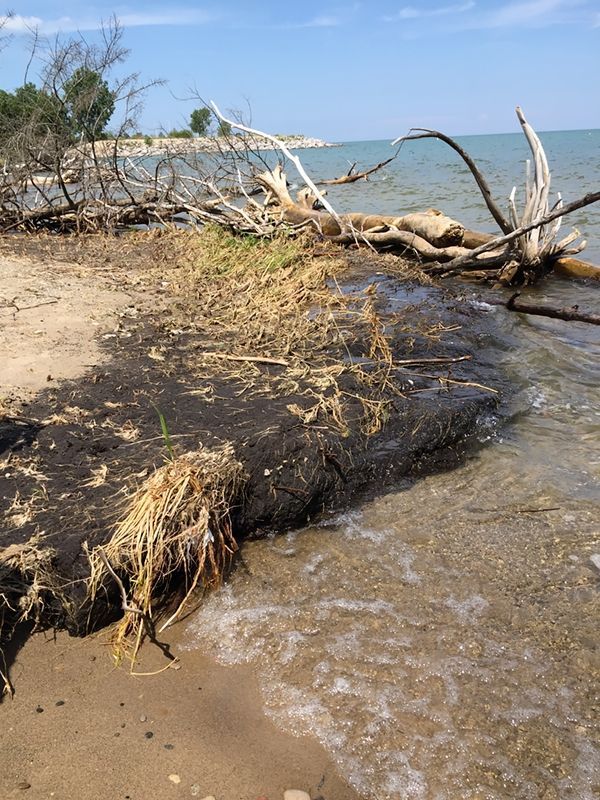 Shoreline erosion can transform freshwater wetlands from carbon-storage pools to carbon sources, according to a new study led by Illinois State Geological Survey researchers. Wave action and high water levels sweep away soils and plants at a rate much higher than nature can replace them. An accurate measurement of this carbon budget imbalance may help better prioritize coastal management efforts and improve global carbon-cycle models.

Freshwater wetlands account for as much as 95 percent of all wetlands – freshwater and marine – and have one of the highest carbon-storage rates of any environment, the researchers said.

“There are a lot of coastal wetlands here in the Great Lakes region and they are recognized as important carbon-storage reservoirs,” said Ethan Theuerkauf, an Illinois State Geological Survey researcher and study co-author. “But, we want to know how erosion and landscape change may alter that carbon-storage capacity. That has not been explored before.”

The researchers developed a new model that works like those that assess the carbon budgets of coastal saltwater environments, but with modifications to account for the unique characteristics of freshwater ecosystems. The findings are published in the journal Scientific Reports.

Read more at University of Illinois at Urbana-Champaign