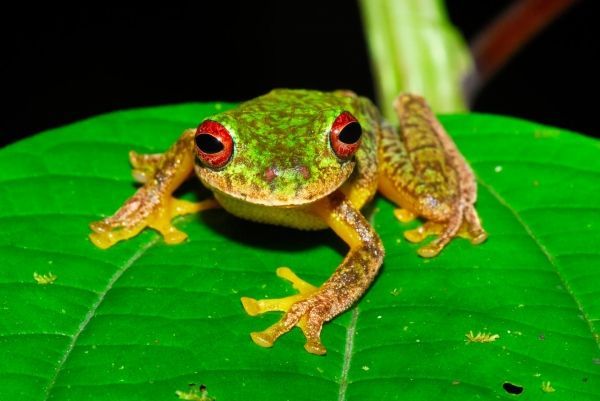 A new international study is the first to determine the comprehensive global impact of the deadly fungal disease chytridiomycosis—and the news is not good.

A new international study is the first to determine the comprehensive global impact of the deadly fungal disease chytridiomycosis—and the news is not good. The disease, which eats away at the skin of amphibians such as frogs, toads and salamanders, has caused dramatic population declines in more than 500 amphibian species—including 90 extinctions—within the past 50 years, according to the findings.

The study, led by researchers from the Australian National University with contributions from University of Maryland Biology Professor Karen Lips, concluded that chytridiomycosis is singlehandedly responsible for the greatest loss of biodiversity due to a disease. The team published its findings in the March 29, 2019, issue of the journal Science.

“What’s new here is the worldwide picture of the numbers. For the first time, we’re able to look at the global scale and say how many species have been affected, how many have gone extinct and how many may have potential for recovery,” Lips said. “I’ve done detailed work in Panama, for example, while others have focused elsewhere. But this is the first study to pull all these findings together in a coordinated, methodical way.”

The researchers integrated data from a number of sources, including published and unpublished data from amphibian experts around the world and the International Union for Conservation of Nature (IUCN) Red List of Threatened Species. The team found thatchytridiomycosis is present in more than 60 countries, with the most extensive losses concentrated in Australia, Central America and South America.