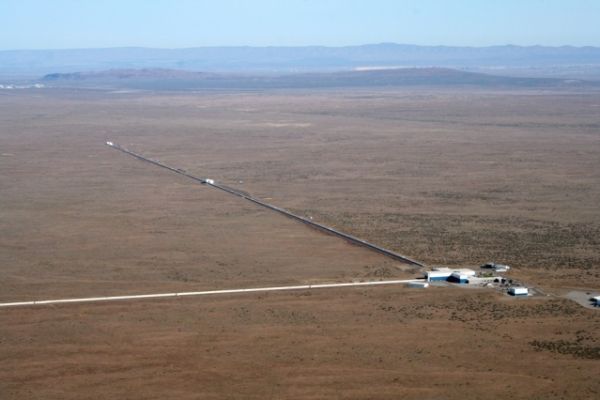 The search for infinitely faint ripples in space-time is back in full swing.

The search for infinitely faint ripples in space-time is back in full swing. Today, LIGO, the Laser Interferometer Gravitational-wave Observatory, operated jointly by Caltech and MIT, resumes its hunt for gravitational waves and the immense cosmic phenomena from which they emanate.

Over the past several months, LIGO’s twin detectors, in Washington and Lousiana, have been offline, undergoing upgrades to their lasers, mirrors, and other components, which will enable the detectors to listen for gravitational waves over a far greater range, out to about 550 million light-years away — around 190 million light-years farther out than before.

As the LIGO detectors turn back on, they will be joined by Virgo, the European-based counterpart based in Italy, which also turns on today after undergoing upgrades that doubled its sensitivity. With both LIGO and Virgo back online, scientists anticipate that detections of gravitational waves from the farthest reaches of the universe may be a regular occurrence.