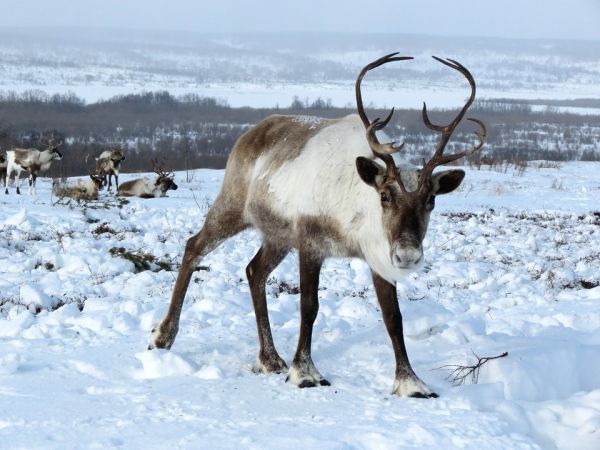 Climate change is increasing the likelihood of extreme winter rain events in the Arctic.

Climate change is increasing the likelihood of extreme winter rain events in the Arctic. These kinds of winter storms on Norway’s Svalbard archipelago can cause a thick cap of ice to cover the forage that reindeer eat. You’d think that more frequent rain-on-snow events would spell the end for these arctic animals — but you’d be wrong.

Think of reindeer on Norway’s Svalbard archipelago as the arctic equivalent of sloths. It’s not a perfect analogy except that like tropical sloths, Svalbard reindeer move as little as possible to conserve energy.

This, combined with the fact that they don’t have any predators, allows them to stay in the same area year round, nibbling on the tiny grasses, herbs and sedges they can find.

When snow comes, they simply paw it away and keep nibbling. It’s a lifestyle that has allowed Svalbard reindeer to persist over the millennia, long enough for them to adapt physiologically and evolve into a separate subspecies.

Read more at Norwegian University of Science and Technology