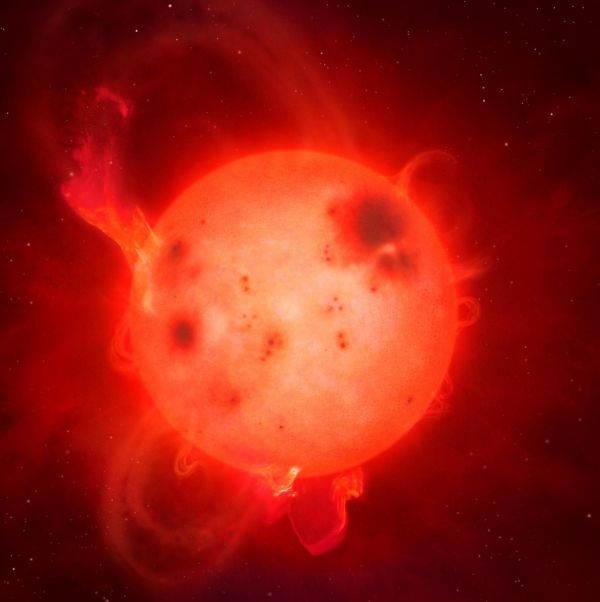 A stellar flare ten times more powerful than anything seen on our sun has burst from an ultracool star almost the same size as Jupiter.

A stellar flare ten times more powerful than anything seen on our sun has burst from an ultracool star almost the same size as Jupiter.

The star is the coolest and smallest to give off a rare white-light superflare, and by some definitions could be too small be considered a star.

The discovery, funded by the Science and Technology Facilities Council, is published in the Monthly Notices of the Royal Astronomical Society: Letters as the version of record today (17 April) and sheds light on the question of how small a star can be and still display flaring activity in its atmosphere. Flares are thought to be driven by a sudden release of magnetic energy generated in the star’s interior. This causes charged particles to heat plasma on the stellar surface, releasing vast amounts of optical, UV and X-ray radiation.

Lead author James Jackman, a PhD student in the University of Warwick’s Department of Physics, said: “The activity of low mass stars decreases as you go to lower and lower masses and we expect the chromosphere (a region of the star which support flares) to get cooler or weaker. The fact that we’ve observed this incredibly low mass star, where the chromosphere should be almost at its weakest, but we have a white-light flare occurring shows that strong magnetic activity can still persist down to this level.

Read more at University of Warwick