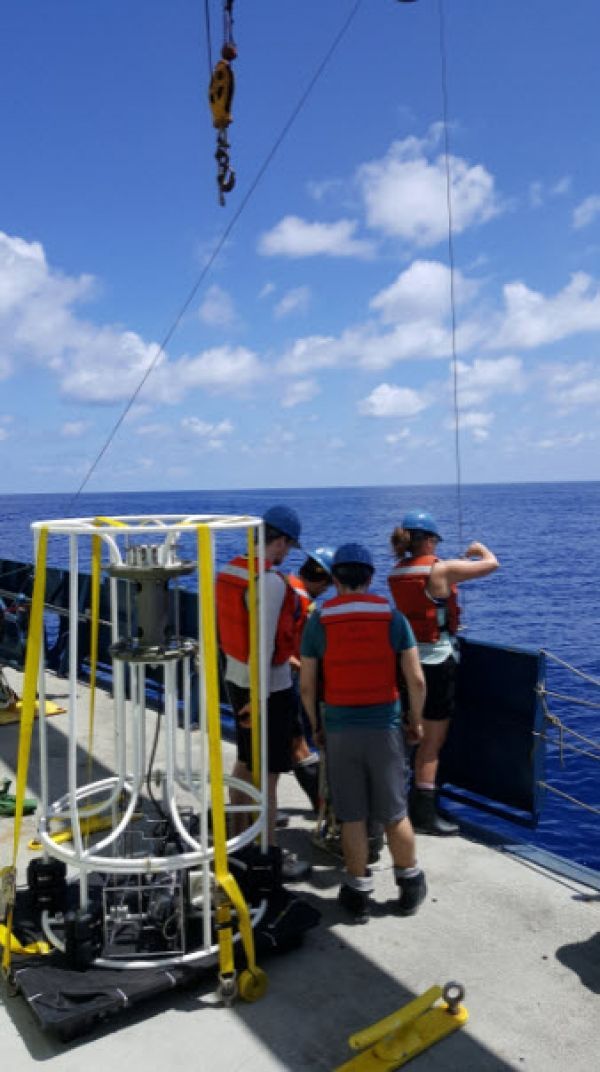 Arsenic is a deadly poison for most living things, but new research shows that microorganisms are breathing arsenic in a large area of the Pacific Ocean.

Arsenic is a deadly poison for most living things, but new research shows that microorganisms are breathing arsenic in a large area of the Pacific Ocean. A University of Washington team has discovered that an ancient survival strategy is still being used in low-oxygen parts of the marine environment.

“Thinking of arsenic as not just a bad guy, but also as beneficial, has reshaped the way that I view the element,” said first author Jaclyn Saunders, who did the research for her doctoral thesis at the UW and is now a postdoctoral fellow at the Woods Hole Oceanographic Institution and the Massachusetts Institute of Technology.

The study was published this week in the Proceedings of the National Academy of Sciences.

“We’ve known for a long time that there are very low levels of arsenic in the ocean,” said co-author Gabrielle Rocap, a UW professor of oceanography. “But the idea that organisms could be using arsenic to make a living — it’s a whole new metabolism for the open ocean.”

Image: Jaclyn Saunders (far right) fixes the line on a McLane instrument that pumps large volumes of seawater in order to extract the DNA. The instrument on the left measures properties such as temperature, salinity and depth and collects smaller samples of seawater.  CREDIT: Noelle Held/Woods Hole Oceanographic Institution