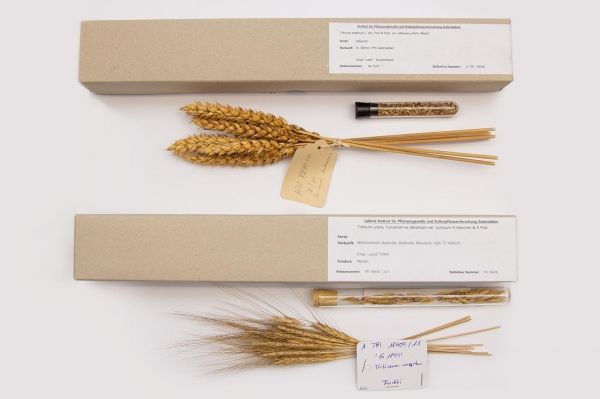 Since the Agricultural Revolution about 12,000 years ago, humans have been selectively breeding plants with desirable traits such as high grain yield and disease resistance.

Since the Agricultural Revolution about 12,000 years ago, humans have been selectively breeding plants with desirable traits such as high grain yield and disease resistance. Over time, Triticum aestivum, otherwise known as bread wheat, has emerged as one of the world's most important crops. Together with the growing human population and the changing climate, the demand for wheat with a higher yield and additional resilience is increasing.

However, for a few years now the average yield increase of wheat is stagnating. In a new international study, the genetic diversity of 487 wheat genotypes originating from large parts of the world has been catalogued and contextualised with agronomic traits. The map of this rich pool of genetic diversity in bread wheat highlights our current knowledge of the ancestry of wheat and opens new avenues within modern selective wheat breeding.

The evolution of wheat is a complex history of hybridisation and gene flow events, which led to the allohexaploid (with six sets of chromosomes) Triticum aestivum, the species of wheat that we know nowadays as bread wheat. The modern bread wheat originated in the Fertile Crescent about 10,000 years ago and its genepool has been shaped by humans as a result of domestication and cultivation. Today, high-yielding varieties of Triticum aestivum can be found all over the world, each variety adapted to the particular environment it is being grown in, making wheat one of the world's three most important crop species for human calories and protein supply.

Image: Comparison of grains from weedy and domesticated wheat species. Samples originate from the herbarium of the Federal Ex situ Gene Bank at the IPK. (Credit: Julie Himpe/IPK)