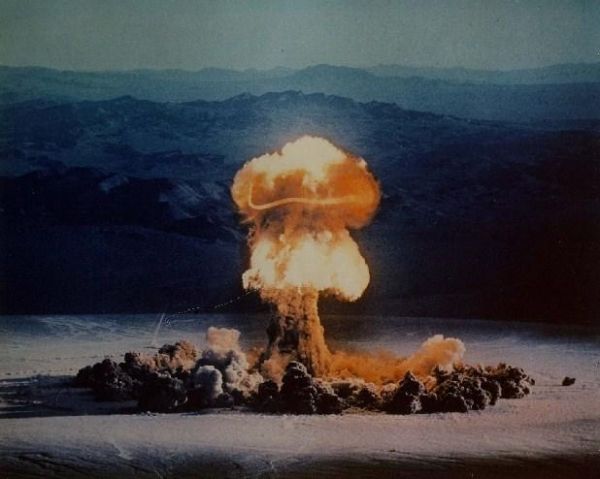 Radioactive carbon released into the atmosphere from 20th-century nuclear bomb tests has reached the deepest parts of the ocean, new research finds.

Radioactive carbon released into the atmosphere from 20th-century nuclear bomb tests has reached the deepest parts of the ocean, new research finds.

A new study in AGU’s journal Geophysical Research Letters finds the first evidence of radioactive carbon from nuclear bomb tests in muscle tissues of crustaceans that inhabit Earth’s ocean trenches, including the Mariana Trench, home to the deepest spot in the ocean.

Organisms at the ocean surface have incorporated this “bomb carbon” into the molecules that make up their bodies since the late 1950s. The new study finds crustaceans in deep ocean trenches are feeding on organic matter from these organisms when it falls to the ocean floor. The results show human pollution can quickly enter the food web and make its way to the deep ocean, according to the study’s authors.

“Although the oceanic circulation takes hundreds of years to bring water containing bomb [carbon] to the deepest trench, the food chain achieves this much faster,” said Ning Wang, a geochemist at the Chinese Academy of Sciences in Guangzhou, China, and lead author of the new study.

Image: The 37 kiloton 'Priscilla' nuclear test, detonated at the Nevada Test Site in 1957. (Credit: US Department of Energy)