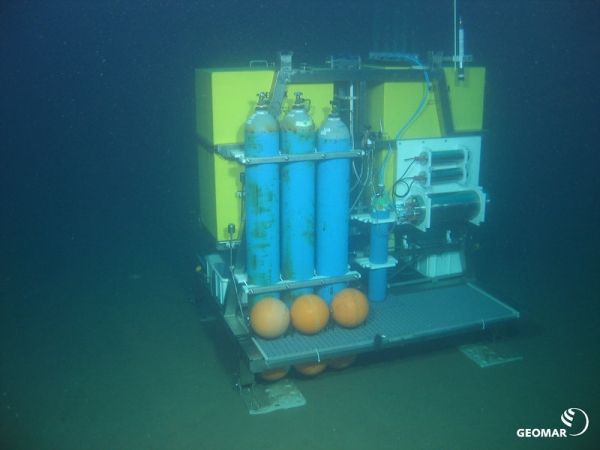 Realistic estimates show that global warming can only be kept below 1.5 or 2 degrees Celsius if carbon dioxide is actively removed from the atmosphere.

Realistic estimates show that global warming can only be kept below 1.5 or 2 degrees Celsius if carbon dioxide is actively removed from the atmosphere. Storage beneath the seafloor is an option that has been investigated intensively by an international team of scientists led by the GEOMAR Helmholtz Centre for Ocean Research Kiel. An assessment of opportunities and risks has now been published in the journal International Journal of Greenhouse Gas Control.

It is possible to reduce anthropogenic CO2 emissions by separating CO2 from flue gases and storing the captured CO2in geological formations. Negative emissions can be achieved by coupling biogas production with CO2 separation and storage. Assessments by the IPCC show that these approaches are essential parts of the technology mix that is needed to limit global warming to less than 2°C. In Europe the largest potential to store CO2 is located offshore in deep saline aquifers and other sub-seabed geological formations of the North Sea. However, more than 10 000 wells have been drilled into the seabed of the North Sea over the last decades to find and produce oil and gas. At many of these wells, methane gas from shallow biogenic deposits is leaking into the environment because the surrounding sediments were mechanically disturbed and weakened during the drilling process. CO2 that is stored in the vicinity of these wells may leave the storage formation, leak into the North Sea and ultimately return into the atmosphere.

“We have performed a release experiment in the Norwegian sector of the North Sea to determine the footprint and consequences of such a leak”, explains Dr. Lisa Vielstädte from GEOMAR Helmholtz Centre for Ocean Research Kiel. She is lead author of the study which has now been published in the scientific journalInternational Journal of Greenhouse Gas Control.