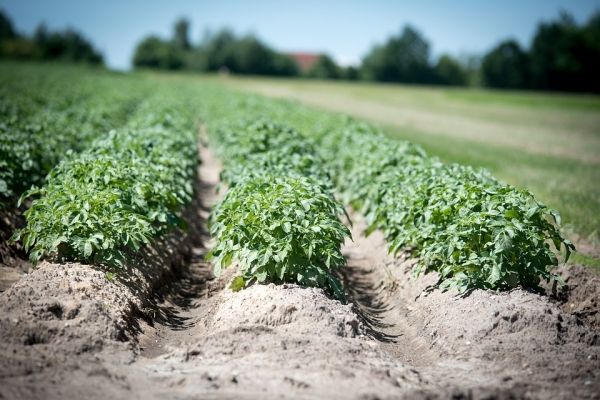 If there’s one thing potato plants don’t like, it’s heat.

If there’s one thing potato plants don’t like, it’s heat. If the temperature is too high, potato plants form significantly lower numbers of tubers or sometimes none at all. Biochemists at Friedrich-Alexander-Universität Erlangen-Nürnberg (FAU) have now discovered the reason why. If the temperature rises, a so-called small RNA blocks the formation of tubers. The scientists have now successfully switched off this small RNA and have produced potato plants that are more resistant to high temperatures, which is an important contribution to securing crop yields in the future in view of climate change. They have now presented their results in the journalCurrent Biology published by Cell Press.

Along with maize, rice, wheat and cassava, potatoes are one of the most important staple foods worldwide. The highest yields can be gained at moderate temperatures, which means around 21 degrees centigrade during the day and 18 degrees at night. At these temperatures and at the correct day length, a protein that induces the formation of tubers called SELF-PRUNING 6A (SP6A) is formed. This triggers tuber formation in the plant to prepare it for colder periods. However, if the temperature is very warm, as is the case in the laboratory led by Prof. Dr. Uwe Sonnewald’s team at FAU, who set the temperature to 29 degrees during the day and 27 degrees at night, the plants switch to a kind of growth programme where they form more green shoots and leaves and hardly any or no tubers. In addition, the few tubers that are formed contain less starch and germinate more quickly, which means they are not as nutritious and rot more quickly.