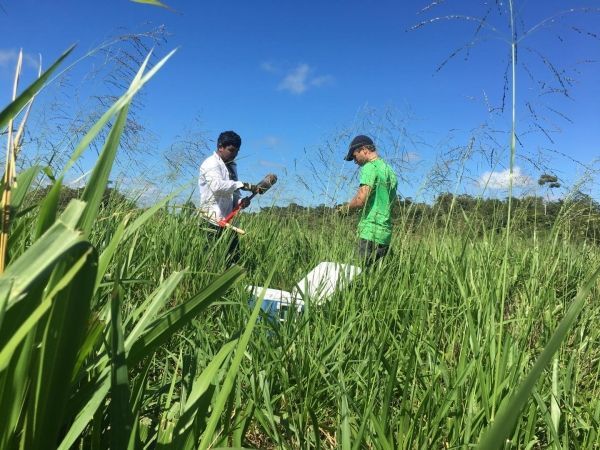 The clearing and subsequent instability of Amazonian forests are among the greatest threats to tropical biodiversity conservation today.

The clearing and subsequent instability of Amazonian forests are among the greatest threats to tropical biodiversity conservation today.

Although the devastating consequences of deforestation to plants and animal species living above the ground are well-documented, scientists and others need to better understand how soil communities respond to this deforestation to create interventions that protect biodiversity and the ecosystem. But that information has been lacking.

A team of researchers led by Colorado State University’s André Franco, a research scientist in the Department of Biology, conducted a meta-analysis of nearly 300 studies of soil biodiversity in Amazonian forests and sites in various stages of deforestation and land-use.

The new study, “Amazonian deforestation and soil biodiversity,” is published in the June issue of Conservation Biology and is co-authored by CSU Distinguished Professor Diana Wall, Bruno Sobral, professor in the Department of Microbiology, Immunology and Pathology at CSU, and Artur Silva, professor at the Universidade Federal do Pará in Belém, Brazil. It is also featured on the cover of the journal.

Image: The team is currently working with farmers' associations and two research institutes in Brazil to collect and analyze soil samples, with the goal of studying the consequences of this loss of biodiversity. (Credit: Courtesy of Andre L.C. Franco/Colorado State University)