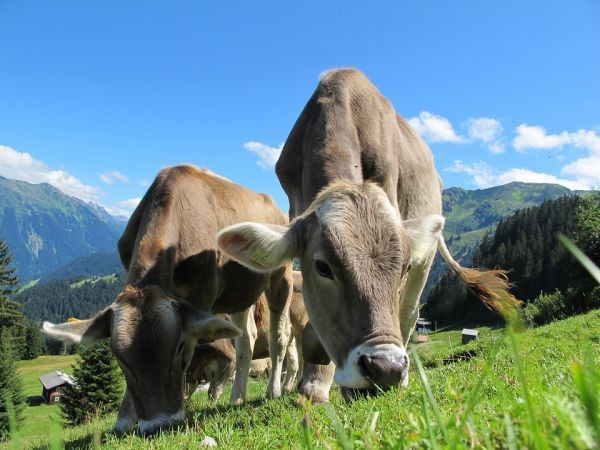 In February 2019, the German Cancer Research Centre (DKFZ) presented findings on new infection pathogens that go by the name of “Bovine Milk and Meat Factors” (BMMF).

In February 2019, the German Cancer Research Centre (DKFZ) presented findings on new infection pathogens that go by the name of “Bovine Milk and Meat Factors” (BMMF). According to these findings, the previously unknown pathogen can cause inflammations. According to the DKFZ, they have been detected up to now in cow’s milk, cow’s milk products and the blood serum of healthy cattle. From the scientific findings made up to now, it seems possible that an indirect connection could be interpreted between the consumption of various foods originating from cattle and the occurrence of several cancer types in humans. The DKFZ is assuming that infants whose immune system has not yet fully matured become infected with BMMF during their first year of life through supplementary feeding with cow’s milk. They therefore conclude that infants should not be given cow’s milk too early.

According to the DKFZ, BMMF are a new pathogen similar in type to both viruses and bacteria. Because they are related to plasmids, they are currently being called “plasmidomes”. As far as can be established by the DKFZ researchers, the BMMF do not occur as “naked” genetic material but rather together with proteins.

The German Federal Institute for Risk Assessment (BfR) and Max Rubner-Institut (MRI) jointly conclude that an assessment of the possible risks posed by so-called BMMF as possible cancer risk factors has not been possible up to now due to the inadequate data situation. The presumed connection between the BMMF and the incidence of cancer in humans should be examined further.

In line with the latest available information regarding nutrition, the BfR and MRI agree with the following recommendation: On the basis of the epidemiological studies published up to now on the connection between the consumption of red and processed meat and an increased risk of colon cancer and in concurrence with the German Nutrition Society (DGE), it is recommended that meat consumption be limited to a maximum of 600 grams per week. Contrary to this, the consumption of cow’s milk without any restriction is still recommended in compliance with the latest available knowledge. Breastfeeding in order to prevent various diseases is also fundamentally advocated.