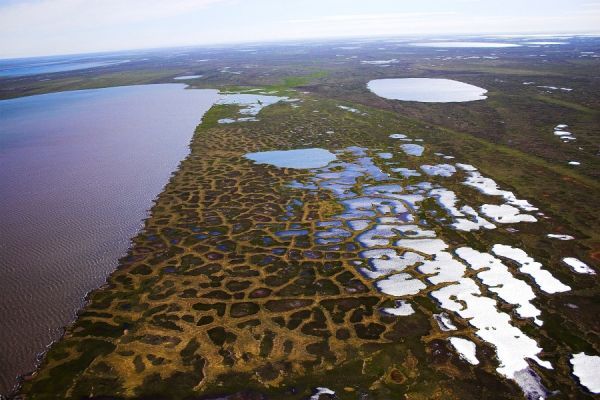 About a quarter of the Northern Hemisphere is covered in permafrost.

About a quarter of the Northern Hemisphere is covered in permafrost. Now, it turns out these permanently frozen beds of soil, rock, and sediment are actually not so permanent: They’re thawing at an increasing rate.

Human-induced climate change is warming these lands, melting the ice and loosening the soil, and that can cause severe damage. Forests are falling; roads are collapsing; and, in an ironic twist, the warmer soil is releasing even more greenhouse gases, which could further exacerbate the effects of climate change.

Shortly after scientists first noticed signs of thaw in the early 1970s, they rushed to monitor emissions of the two most influential greenhouse gases — carbon dioxide and methane. But until recently, the threat of the third-most-prevalent gas, nitrous oxide (N2O) — known in dentistry as laughing gas — has largely been ignored.