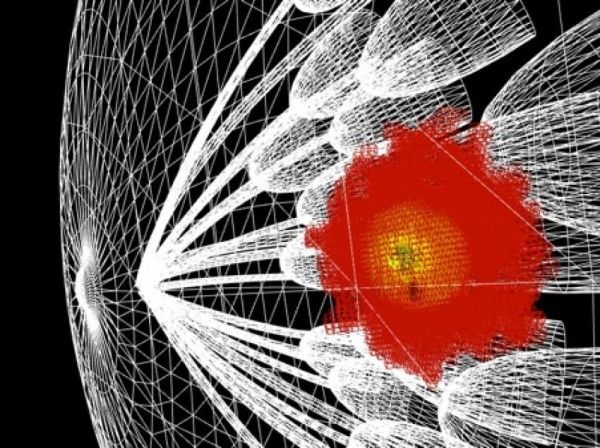 Techniques developed by astronomers could help in the fight against breast and skin cancer.

Techniques developed by astronomers could help in the fight against breast and skin cancer. Charlie Jeynes at the University of Exeter will present his and Prof Tim Harries team’s work today (3 July) at the RAS National Astronomy Meeting (NAM 2019) at the University of Lancaster.

A large part of astronomy depends on the detection and analysis of light. For example, scientists study the light scattered, absorbed and re-emitted in clouds of gas and dust, obtaining information on their interior.

Despite the vast differences in scale, the processes that light undergoes when travelling through the human body are very similar to those seen in space. And when things go wrong – when tissue becomes cancerous – that change should show up.