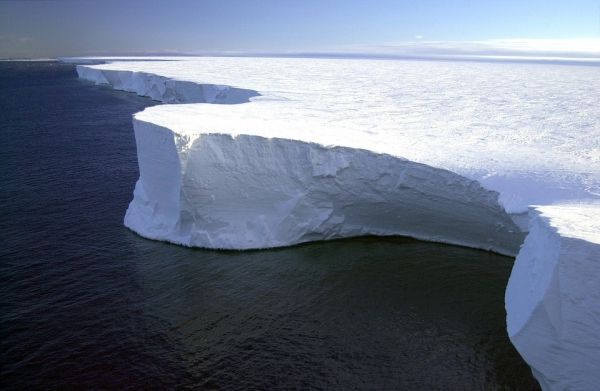 A new study published this week reveals the first evidence of a direct link between human-induced global warming and melting of the West Antarctic Ice Sheet.

A new study published this week reveals the first evidence of a direct link between human-induced global warming and melting of the West Antarctic Ice Sheet.  UK-US researchers say that curbing greenhouse gas emissions now could reduce the future sea-level contribution from this region.

Ice loss in West Antarctica has increased substantially in the last few decades and is ongoing. Scientists have known for some time that ice loss in this region is caused by ocean-driven melt, and that varying winds in the region cause transitions between relatively warm and cool ocean conditions around key glaciers. However, until now it was not clear how these naturally-occurring variations in the winds could cause ongoing ice loss.

Published this week in the journal Nature Geoscience the UK-US science team report that, in addition to the natural variations, which last about a decade, there has been a longer-term change in the winds that can be linked with human activities. This is an important result because continued ice loss could cause tens of centimetres of sea-level rise by the year 2100.

The research team combined satellite observations and climate model simulations to understand how winds over the ocean near West Antarctica have changed since the 1920s in response to rising greenhouse gas concentrations. Their investigation reveals that human-induced climate change has caused a long-term change in the winds, and that warm ocean conditions have gradually become more prevalent as a result.